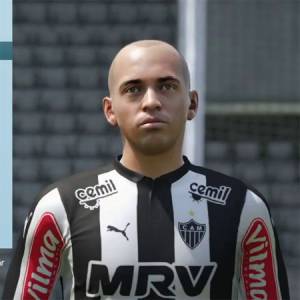 Diego Tardelli was born as Diego Tardelli Martins on May 10, 1985, in Santa Barbara d’ Oeste, Brazil. He was born to his father, Jose Tadeu Martins, a former footballer, and mother, Ivania Martins and grew up with his sibling Wendell Guilherme Martins.

Regarding his nationality, he is Brazilian.

At the age of 16, Diego Tardelli Martins began his football career joining the Youth team of “Uniao Barbarense”. After a few year, he made his senior debut with Sao Paulo in 2004 and was a member of the team that won Campeonato Paulista, Copa Libertadores, Campeonato Brasileiro Serie A.

In 2009, Tardelli signed to a fellow league club Atletico Mineiro. He left the club after scoring 73 goals in 114 matches.

Tardelli then signed a four-year contract with Anzhi Makhachkala, worth around € 7.5 million. In 2012, he was transferred to Al-Gharafa, with a  transfer fee around € 7 million. He made his official debut against Al Khor as a backup player in January 2012. He won Emir of Qatar in 2012 with his team.

Tardelli was again signed by his former club, Atletico Mineiro with a four-year contract with transfer fee around € 5.25 million revealed by his mother, Ivania through her official Twitter account in January 2013.

In 2015, Tardelli moved to Shandong Luneng and made his debut against Guangzhou Evergrande Taobao in the 2015 Chinese FA Super Cup. For the team, he scored 24 goals in 49 games. Currently, Tardelli plays striker for Atletico Mineiro.

Diego Tardelli represented his team Brazil U-20 for the first time in 2005 in a friendly match against Estonia. He was then called up to the Brazil national team in 2009. He was also a member of the team in 2010 FIFA World Cup, Superclasico de las Americas, and Copa America.

Some of his teammates were Marcelo, Dani Alves, Neymar etc.

Diego Tardelli exchanged his vows with his girlfriend, Linda Vanessa On December 6, 2007.The ceremony was held in Nossa Senhora do Brasil Church, in São Paulo. They dated for about four years before getting married.

Currently, the couple is blessed with a son named Diego Tardelli Martins Jr. born on August 21, 2011, and daughter, Pietra Tardelli born in May 2007. Their daughter was born before their marriage and was already seven months.

Tardelli shared his snaps with his wife and children on his official Instagram account where they were enjoying their weekend. Besides his busy schedule, he spends his times with his family as well.

Currently, Tardelli's market value is estimated to be around €3.00 million. He receives ‎R$ 4.2 million an annual salary from his current club, however, the exact figure of his net worth isn’t disclosed. He might have the net worth of $10 million or more.

Kalif Raymond Kalif Raymond: A professional since 2016, How much is his net worth in 2020? Is he dating?