Diego Godin was born Diego Roberto Godin Leal on February 16, 1986, in Rosario, Uruguay. He is among the two children born to Julio Godin and Iris Leal. Godin has a sister, Lucia Godin. Much about his early life is still under the radar. Regarding his physical appearance, Diego stands six feet and two inches tall and weighs 85 kg.

Diego Godin has an estimated net worth of more than $20 Million. The player has earned most of his net worth through his football career. He is regarded as one of the most successful players from Uruguay. Godin received an annual salary of £4,836,000 while playing with Cagliari in 2021. He received £5,200,000 as his salary in 2021, including his signing bonus. 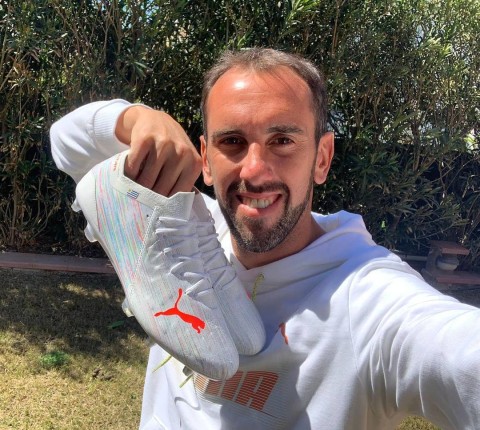 Diego has a sponsorship deal with Puma SOURCE: [email protected]

Diego played with Inter Milan for a season in 2020 and received an annual salary of £6,552,000. In 2010, The player joined Athletico Madrid and signed a five-year contract for an estimated fee of £6.6 million. He was among the highest-paid players while playing with Athletic Madrid in 2019 with a basic salary of £8,788,000 and Joao Felix and Jan Oblak. Totaling his career earnings, it sums to more than $40 Million.

Diego is the proud father of a daughter. Godin exchanged his wedding vows with his longtime girlfriend, Sofia Herrera, in February 2019. They had been dating each other for some time before their marriage. Deigo is an active social media user and keeps sharing each other's pictures in his timeline. 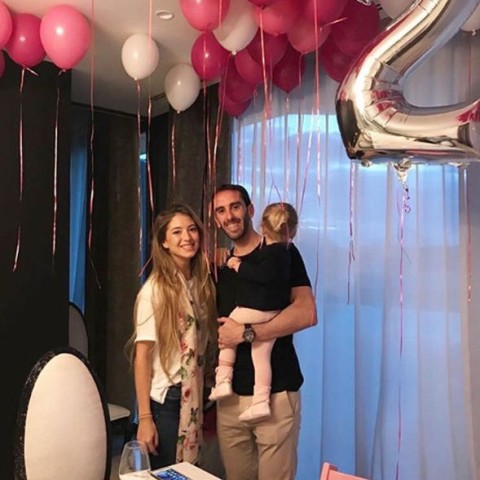 Diego shares a photo with his wife and daughter SOURCE: Express Co Uk

Godin and Sofia welcomed their first child, Mia, in 2016. The duo shared the news through Instagram posts. The family of three is living a happy married life along with his wife and daughter.

Diego started training with Defensor in 2000. The player trained with the team until 2003, joined Cerro and made his professional debut. The player remained with the club until 2006, appeared in sixty-three games, and scored six goals. In early 2006, Godin moved to Nacional and played for a season. The following season, Godin moved to Spain and joined Villareal. He spent the next three seasons with the club and then moved to Athletico Madrid in August 2010.

Diego signed a five-year contract worth around €8 million or £6.6 million. He became a key player with the club in the upcoming seasons. In 2015 The player received numerous offers from English Clubs but rejected the proposals and signed until 2019. Godin was even nominated for the Ballon d'Or awards in 2016 and 2018.

In July 2019, Diego moved to Inter Milan on a free transfer. He signed a three-year contract but moved to Cagliari after playing for a season with the club. Godin left the club in January 2022 and signed with Athletico Mineiro in Brazil.