Dick Stockton is an American sportscaster who worked as a play by play announcer for a variety of games. The legendary figure is well known for his successful career with CBS Sports and Fox Sports.

Dick Stockton is currently married to Jamie Drinkwater. He is working for Fox Sports as football play-by-play announcer. As of 2018, his net worth is estimated to be around $250,000.

Further, Dick Stockton received the degree in political science from Syracuse University.  There is not much information about his early life including his parents' name and his siblings.

Dick Stockton is to married to Jamie Drinkwater. They married in New York on the St. Lawrence on July 31, 2014. 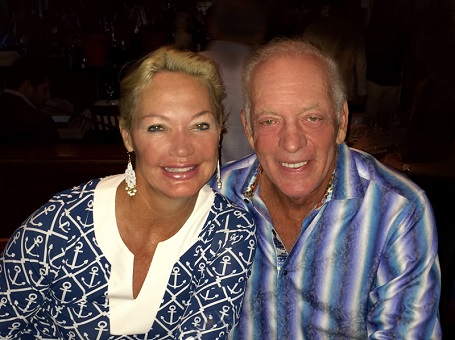 Prior to his marriage with Drinkwater, Stockton was married to sportscaster Lesly Visser for 27 years. Visser is also an American sportscaster, television and radio personality. They first met at the sixth game of the 1975 world series.

Visser suffered an accident resulting in artificial hip replacement and facial surgery in June 1993.  Stockton and Visser got divorced in 2010. There is no any information about his children.

Dick Stockton started his sportscaster career from local radio and television stations in 1965. Later on, in 1967,  he became sports director at KDKA-TV in Pittsburgh.  Furthermore, in 1971, he moved to WBZ-TV and WBZ radio in Boston.

In the late 1960s, he started freelancing for CBS Sports. Soon after, he joined CBS full-time and from 1978 he started to cover a variety of sports including the NFL, the NBA, Major League Baseball. Also, he was the host of the Pan American Games in 1979.

Further, in 1994, Stockton left CBS for the newly-formed Fox Sports. He continued to broadcast NFL and Major League Baseball for Fox Sports. Currently, he is still working with Fox Sports as a football play-by-play announcer.

The American sportscaster Dick Stockton has earned about $1,063,385 from his successful career as a sportscaster. But that's not all of his earning. His earnings include earning from businesses, sponsorship, and promotion, but they aren't revealed exactly.

The Famous American sportscaster has received the prestigious Award that honors a sports broadcaster who has had a great impact in their field. He received Sonny Hirsch Excellence in Sports Broadcasting Award On April 9, 2016.  The Award is one of the notable accomplishments within the community.