Devin Vassell is an American College Basketball Player who plays for the Florida State Seminoles of the Atlantic Coast Conference alongside Patrick Williams. Ending his season with the Seminoles, Vassell announced his entry into the 2020 NBA Draft. Ranked at No. 15 by the CBS Sports News at the Top 60 Prospects.

Vassell was born on 23 August 2000 under the star sign Virgo. He was born and raised in Suwanee, Georgia where he attended Peachtree Ridge High School and choose to play collegiate basketball at the Florida State over offers from Texas Tech, North Florida, and Stetson.

Devin Vassell Contact; How much is his Projected Salary after the 2020 NBA Draft?

The FSU's Devin Vassell has yet to earn cash from his professional career. For the time being, he only plays for his collegiate team, the Seminoles, and has proven himself as one of the skilled players on the court with 12.7 points per game and 5.1 rebounds as a shooting guard. He has 29 blocks, 49 assists, and 42 steals during his final season a the Seminoles.

As a top prospect in the draft, he will certainly score in with some big teams in the NBA and receive contracts worth millions. If he is selected in the first round of the draft, he will definitely have a salary in millions. As per the reports from basketball.realgm, the first-round pick can earn as less from $1,000,000 to a whopping $8,000,000 from their respective teams in the first year of their contract. 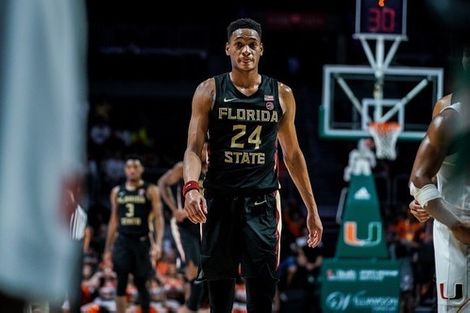 Although, there might not be any financial income received from his career because of NCAA restriction to pay the players in any financial ways. Vassell did receive a full scholarship upon entering Florida State University which comes at $18,000-$25000 annually.

Devin Vassell Girlfriend: Who is he Dating?

The 24 for the Florida State is possibly single as he has not mentioned any information regarding his potential other. Upon viewing his Instagram, he is always seen on the court or hanging around his friends in his free time. 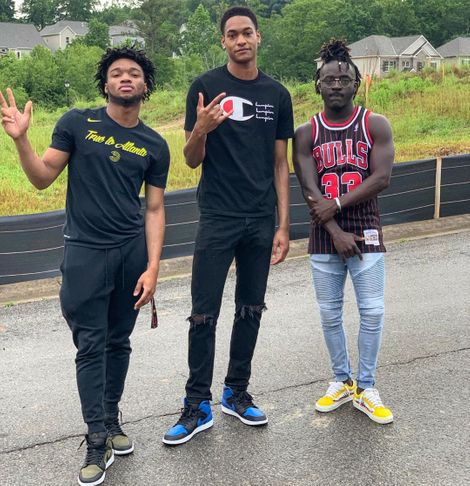 As the 2020 NBA Draft is approaching, he is simply focused on his gameplay and trying his best on being selected as the top pick in the draft.

The #15 ranked player for the 2020 NBA Draft below Precious Achiuwa and above Isaish Stewart, according to the CBS Sports News who is projected draft range from mid to late pick in the first round of the draft. An impressive athlete who excels in scoring a basket in a variety of ways.

Having a good defensive ability but lacks consistency and struggles to score in-crowd. He has a good wingspan of 6 ft 10 in. As a all-rounder, he is an impressive playmaker in the game.

Overall a good physique for a shooting guard who has the skills and ability to conquer the NBA by focusing on his gameplay according to reports from News 247 and Rivals.