Patrick Williams is a basketball player who currently plays for the Florida State Seminoles of the Atlantic Coast Conference (ACC). After his freshman season, he declared for the 2020 NBA Draft alongside his teammate Devin Vassel.

Charlotte, North Carolina native, Patrick William was born on 26th August 2001, under the star sign Virgo. The eighteen years old holds an American nationality and is of Afro-American ethnic background.

How Much is Williams' Projected Salary If He Goes Drafted In NBA 2020? 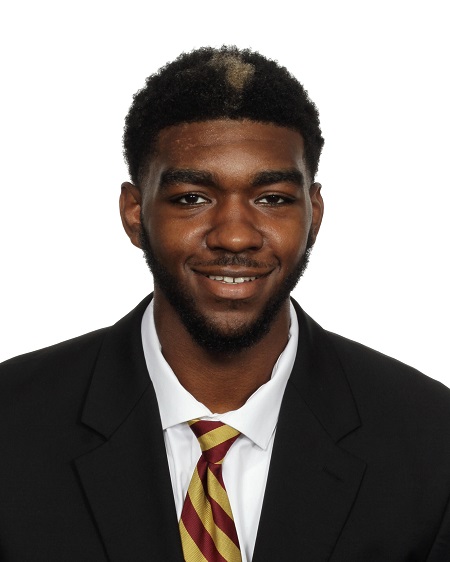 Rated 21st best prospect for the 2020 NBA draft, Williams is preparing for the event. ESPN listed Patrick Williams as a top prospective first-round pick, in a 2020 mock NBA draft. Further. he is also rated the fourth best-available player in his position that could potentially enter the draft by ESPN.

No. 4 – Florida State Seminoles' small forward, Williams's distanced himself from the public when it comes to his personal life. Though he is active on Instagram with 13.1k followers, there only five posts displayed in his account, and all are from basketball.

It seems like, the hunk is much focused on his career rather than involving in a romantic relationship yet. Thus, William is believed to single, as there is less to no information about his love life.

Patrick is the son of Janie Williams, and Eddie Williams both played basketball at Johnson C. Smith University. Further, Patrick has one elder brother, Kobie. Their mother owns a flower shop in Charlotte. One of his Patricks' after school jobs was delivering flowers for his mothers' shop.

During his high school career at West Charlotte High School, Patrick was a highly sought-after recruit. He was rated five-star player by the 247Sports, the 26th top recruit nationally, the seventh-best high school small forward in the country, as well as the top recruit out of North Carolina.

Furthermore, ESPN named him as the 28th top recruit in the country for the 2019 recruiting class. Upon graduation, Williams had an offer from over 15 universities, including Texas, Virginia, and Arizona.

He attended Florida State University. Along with playing basketball he major is Sport Management.