Viktor Tsygankov was born in 1997 in Nahariya, Israel. He celebrates his birthday on the 15th of November every year, making him 23 years old. He goes by the birth name of Viktor Vitaliyovych Tsyhankov. Likewise, his zodiac sign is Scorpio.

Although born in Israel, his parents move to their motherland, Ukraine, sometime after his birth. Thus, Viktor holds Ukrainian nationality. He got his footballing inspiration from his father, Vitaliy Tsyhankov, who is a former football player. However, not much is known about Viktor's mother.

Nonetheless, it is found that he has a younger sister, whose identity is yet to be disclosed.

In 2016, he was finally promoted to the senior team. He made his UPL debut in August 2016 against FC Stal Kamianske. As time passed, his performance began to improve, and he became one of the vital players of the Kyiv squad. For his good gameplay, he was awarded the 2017 Golden talent of Ukraine award.

Viktor has been associated with the FC Dynamo Kyiv senior team since 2016 and has made 187 appearances and has scored 74 goals. In 2016, he was finally called up to the senior-level national team camp for the 2018 FIFA World Cup qualifiers. Since then, his talent has been utilized by the team whenever needed. As of now, he has made 26 senior national team appearances and has scored 6 goals.

Viktor Tsygankov Salary and Net Worth

Viktor Tsygankov has managed to earn a decent sum during his collective time at FC Dynamo Kyiv. Sadly, the figures of his earnings cannot be displayed as it is still under review. Nonetheless, it is believed that the average salary of a footballer is around $387,500.

As his contract with the club expires on June 30, 2023, he will accumulate more sum. Likewise, as per transfermarkt.com, his current market value is €25 million (last updated on May 27, 2021). Moreover, the footballer likes to go on vacations and visit different places globally, as evident from his Instagram pictures. 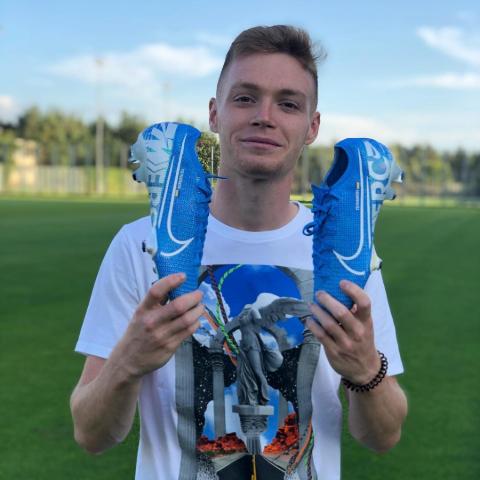 Currently, there are no details available of Viktor owning real estate, houses, and properties. Furthermore, there is also no accurate information as to how much his net worth is. However, considering his career & sponsorship deals, it is assumed that Viktor's net worth is around $2 million.

Who Is Viktor Tsygankov's Girlfriend?

Viktor Tsygankov is currently in a romantic relationship with his long-time girlfriend. Although the football star shares many pictures alongside his girlfriend, he is yet to disclose her details (name, profession, nationality).

As a result, his girlfriend's identity is yet to be done. Even though the identity is undisclosed, the one thing that isn't undisclosed is the love between the two. The boyfriend-girlfriend duo's togetherness can be vividly seen through Viktor's Instagram handle. 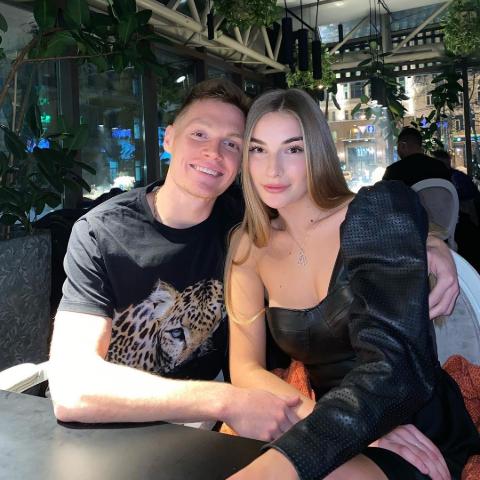 They are usually seen visiting different places, celebrating festivals, birthdays, and more. For instance, on March 18, 2021, the footballer took to his Instagram handle to wish his girlfriend on the occasion of her birthday. The last picture he shared alongside his partner was on May 28, 2021.