Denis Odoi is a Ghanaian professional football player playing for the Club Brugge. Denis also represents the Ghanaian national team. He has earned four International caps as a senior player for Ghana and one international cap for Belgium. Denis Odoi plays from the defender position.

How much does Denis earn? Net Worth Denis Odoi is a married Ghanaian footballer. Denis is married to a Belgian lady, Katleen Thijs. The two devoted duos from Belgium and Ghana are in a relationship for a very long time. Katleen and Denis first met in a stadium while Denis was playing a football match. Since then, Denis and Katleen are together. Denis with his wife  SOURCE: https://www.voetbalkrant.com/

Katleen and Denis are the parents of one child. They became parents in 2019 after two years of marriage. Katleen Thijs and Denis post pictures from their daily lives on social media. A proficient Club Brugge defender appreciates spending time with his family.

Odoi made his maiden appearance for Belgium's senior squad in February 2011, however, he sat out the remainder of the season. On May 25, 2012, he made his senior Belgian debut against Montenegro and started the entire game.

He changed teams to play for Ghana in 2022, making his debut against Nigeria on March 25, 2022, in a goalless 2022 FIFA World Cup qualifying match.

Denis Frimpong Odoi, better known as Denis Odoi, was born in Leuven, Belgium, on May 27, 1988. Denis's star sign is Gemini. Denis is 34 years old as of 2022. Odoi is 5 feet 10 inches tall and weighs over 70.0 kg. Denis Odoi spent most of his childhood in Belgium. The attractive defender from Club Brugge holds Belgian and Ghanaian citizenship. 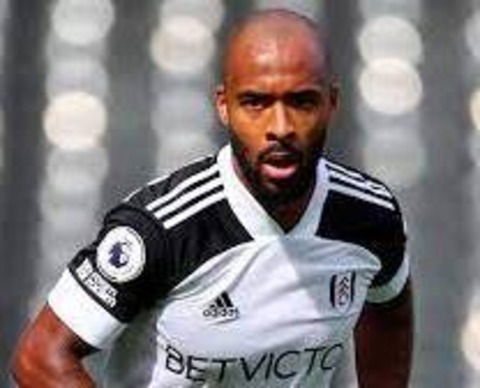 Denis went to a school that puts a lot of emphasis on Belgium. Denis attended educational facilities and institutes there as well. Denis's father was born and raised in Ghana whereas his mother is from Belgium. Denis, however, has withheld from disclosing his parents' identities and fields of competence. Denis has not announced anything yet about his siblings.

Denis's participation in the upcoming world cup excites his followers. Denis is expected to represent Ghana because the national team has already qualified for the match. However, Ghana's 26-squad world cup team roster has not yet been divulged.