Aymen Barkok is a professional football player born in Germany who is playing as a midfielder for the Bundesliga club Mainz 05. At the national level, Barkok plays for the Morocco national team. Being born in Germany, he also played for the youth teams of Germany.

More to this, Barkok wears jersey number 4 in his current club, and he can also play as an Attacking Midfielder and Defensive Midfielder. Furthermore, Barkok began his football career when he joined the youth system of SG Praunheim.

Here's A Closer Look At His Football Career 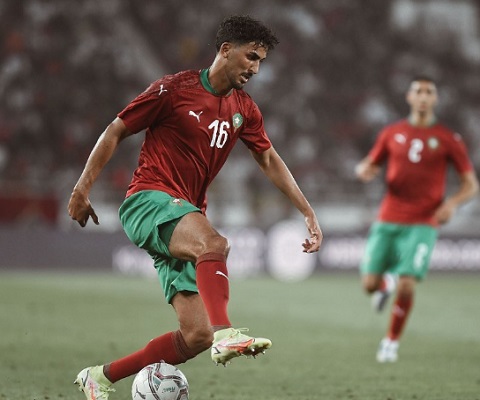 He made his professional debut for Eintracht Frankfurt in the Bundesliga on November 20, 2016, in a game against Werder Bremen. After playing in 58 professional games for them, he also scored four goals. Later, he moved to play with Fortuna Dusseldorf on loan and appeared in 15 games.

Since July 1, 2022, Barkok has been playing for Bundesliga club Mainz 05. Regarding his career at the national team, Barkok initially played for the youth team of Germany. Later in 2020, Barkok switched allegiances to represent his home country, Morocco's national team.

As we know, Barkok plays for the national football team of Morocco. So, Morocco is also listed in the FIFA World Cup 2022, which is organized in Qatar. So, in the squad, Barkok is also included.

From this, it can be speculated that Barkok may make his world cup debut. The first match Morocco is against Croatia.

Barkok is signed with Mainz 05, and Salary Sport shows that he earns £14,000 weekly and £728,000 yearly. Currently, his market value is €1.80m, while it was €3.50m on February 10, 2021. The professional footballer has amassed a considerable fortune under his name from being a footballer.

So, his net worth may be around $1 million. Like Jawad El Yamiq and Faycal Fajr, Barkok also makes money from brand endorsement. He might have collaborated with some brands that might be paying him well. 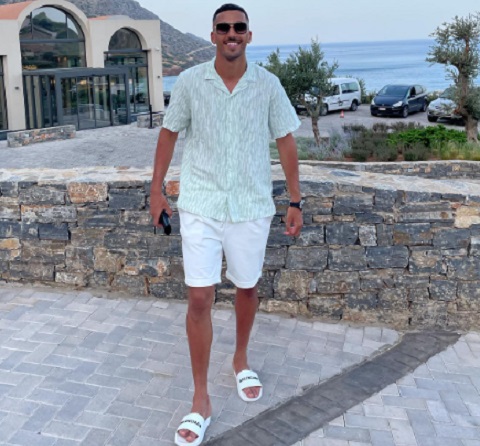 The professional footballer lives a lavish lifestyle, and we can explore it by following him on Instagram as @aymenbarkok.

Barkok Is Private Regarding His Love Life

At the time of this post, Barkok might be single as he has not given any hint of him being involved in a romantic affair. He is entirely focused on his career rather than searching for a life partner. As said earlier, Barkok has not shared anything about his personal life on social media.

So, he is also a private guy who maintains a distance from the media and keeps his personal matter secret. Due to his low-key personality, we cannot mention much about his girlfriend or partner.

Barkok Is Originally From Germany

Aymen Barkok was born in Frankfurt, Germany, on May 21, 1998. His parents appear to be from Morocco, as he belongs of Moroccan descent. As Barkok has not revealed much about his family, we are unable to share his parents' details too. 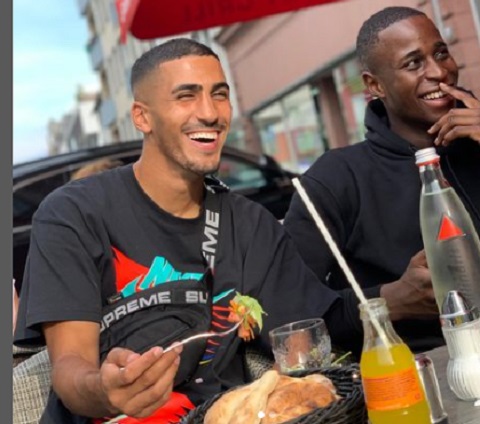 Moreover, Barkok holds dual nationality of Morocco and Germany. Transfermrkt reports that he has a brother named A. Barkok is also a footballer playing as a midfielder.