Delon Wright is an American professional Basketball player who plays in the National Basketball Association (NBA). As of 2018, Delon Reginald Wright currently plays for the Toronto Raptors as their point guard.

As a point guard, Delon Reginald Wright reportedly earns around $2,536,898 as his yearly salary from Toronto Raptors. In addition, his estimated net worth is assumed to be about $5 million.

Delon Reginald Wright was born on April 26, 1992, in Los Angeles, California to parents Ray Wright and Stacy Wright. As per his nationality, he is American and belongs to African ethnic group. Further, his star sign is Taurus. He grew up along with his siblings, Dorell Wright who is also a professional basketball player

After completing high school, Delon Reginald Wright enrolled at the University of Utah and played for the Utah Utes men's basketball. In his first season, he held an average of 16.9 points and 4.89 assists per game.

On 25 June 2015, Wright was selected by the Toronto Raptors with the 20th overall selection in the 2015 NBA draft. On 3 July 2015, he signed his rookie-scale contract with the Raptors and played NBA Summer League 2015 with the team. 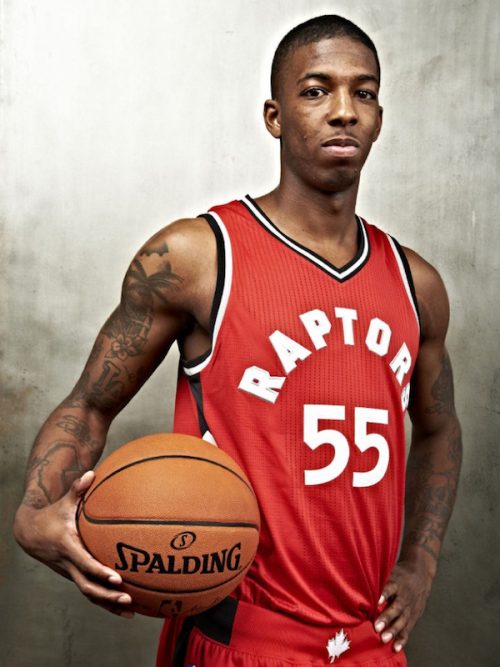 On 8 April 2016 Wright scored a season-high 19 points in a 111–98 win over the Indiana Pacers, the star players DeMar DeRozan, and Kyle Lowry were rested for the same match.

During his rookie season, he had multiple assignments with the NBA Development League Raptors 905.

Delon Wright Net Worth And Salary

As of 2015, He reportedly signed a 4-year contract with Toronto Raptors. Further, the NBA player has an average salary of $2,536,898 annually.

Moreover, he is the 9th best-paid player of Toronto Raptors while Kyle Lowry is the highest earner with the salary of $31,200,000.

His contract and salary:

Delon Reginald Wright is reported to be earning $10,906,126 in his next season. He has made earnings of $7,268,738 from his entire NBA career. In addition, his estimated net worth is assumed to be about $5 million.

The professional basketball player doesn't like to talk about his private life in front of the media and currently, there isn't any information about his probable girlfriend or wife.

The Famous NBA star is 6 feet 5 inch in height and weighs around 83 kg. Delon Reginald Wright is not only a world-class athlete but also is a very attractive individual.