Apart from playing for several Nigerian football clubs, he has played for Spanish football club, Pontevedra CF in 2009. He represented Nigerian junior teams as well as played at the 2007 FIFA U-17 World Cup and 2009 FIFA U-20 World Cup.

Dele Ajiboye is of Nigerian nationality having an African heritage. He was born to Nigerian parents on 7 August 1990 on Osogo, Osun state in the African nation of Nigeria.

Dele Ajiboye’s Net worth and Salary

As of 2018, his annual salary playing for his current club, Plateau United FC is around $ 350,000 but his current market worth is not unknown.

His estimated net worth combined with his assets and playing for several football clubs and for his national side of Nigeria could be above $500,000 as of 2018. 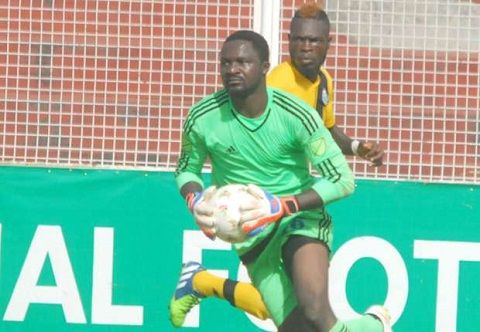 He played only a season for Wikki Tourists and made 14 appearances for the team and left the club in 2009.

Dele then was transferred and signed with the Spanish football club, Pontevedra CF in September 2009. After leaving the Spanish club in 2011, he moved to his home country, Nigeria and joined the Nigerian side, Shooting Stars in December 2011.

The club suffered relegation in 2013 and he left the club signing with Nasarawa United in 2014.

The Nigerian born goalkeeper is currently playing for Nigerian Premier League club, Warri Wolves FC whom he signed in 2016.

He has represented Nigerian in U17, U20, and U23 levels and was part of the Nigerian squad for  2007 FIFA U17 World Cup, 2009 U20 African Youth Championship, 2009 FIFA U20 World Cup as well as was the first choice goalkeeper for 2012 Olympics Games qualifier and All African Games Qualifiers in 2011.

Dele Ajiboye was called up to the Nigerian squad alongside fellow Nigerian players such as striker, Isaac Success, Aaron Samuel Olanare and Olarenwaju Kayode in the last twelve months.

Currently 27, Dele Ajiboye stands at height of 6 feet 1 inches tall and weighs about 72 kg. He is married to his longtime sweetheart, Suliat Afolashade Gbemisola Olorunsogo who is an entrepreneur in early  2017 at Premier Hotel Central Mosque in Ibadan.

The wedding ceremony was held in  in Ibadan in early 2017. 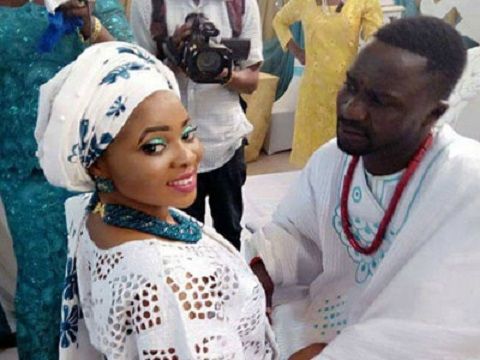 He cites his wife as an inspiration and drew comparisons with his late deceased mother who died a decade and half years back and is happy about getting married to his lady love.

It reported that before  2007 FIFA U-17 World Cup in South Korea that Dele Ajiboye was already  12 years older, was married and had two kid as well as expecting the third one.