DeAngelo Williams is a former American Football player and wrestler. He appeared in Impact Wrestling. DeAngelo started his football career in 2006 after graduating from the University. He played at the professional level for eleven years.

DeAngelo Williams was born DeAngelo Chondon Williams on April 25, 1981, in Wyanne, Arkansas. Willaims seems to be the only child born to Sandra Hill and her husband, Odell Hill. Nothing much about their profession is known to the public. His mother passed away in 2014 due to breast cancer through which she had been fighting since 2004.

DeAngelo started practicing playing American football while he was in Wynne High School. He could not make it to the school team after suffering a broken bone in his foot in his sophomore season. By the time of graduation,  He was named the Arkansas Democrat-Gazette 2001 Offensive Player of the Year. As a result of his hard work and success, He got selected to the Associated Press Arkansas Super Team in 2001. 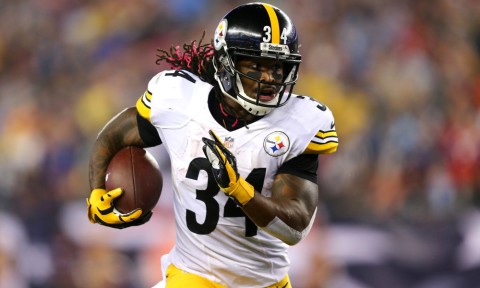 DeAngelo was a multi-talented athlete. He was also an avid runner of track & field. Williams still holds the state 4A record in the 100-meter dash with an electronically-timed 10.81 seconds. Williams was rated as the 25th best running back prospect in the nation. After graduating from High School, DeAngelo enrolled at the University of Memphis and played with the Memphis Tigers Football team.

Williams continued his brilliant performance with his University Team. He remained at the peak of his game throughout the days in University. The American Football player was named the Conference USA Offensive Player of the Year for three years. He was named the Most Valuable Player in the state.

In 2006, DeAngelo started his NFL career with Carolina Panthers along with several other top prospects. He started his initial games with good results. However, Williams missed some matches due to his sprained ankle. The following year, DeAngelo had a similar season; he finished ninth in the NFL in yards per carry. By the end of the 2008 season, Williams was voted Pro Football Weekly and the Professional Football Writers of America's Most Improved Player of the Year.

In 2010, Williams extended his contract for five years with the Panthers. He was released from the club in 2015, and he joined Pittsburgh for a two-year deal worth $4.0 million, with $1.13 million guaranteed and a signing bonus of $1.13 million. Looking at the overall stats of his time in NFL, He had an excellent start and a good career. The only thing that he could not win in the final. DeAngelo still holds several records for his franchise and the league.

After retiring from American Football in 2016, Williams remained out from the media. He came to the limelight after appearing in an episode of Impact wrestling in 2017. He announced to make his debut shortly. DeAngelo performed in some matches before announcing his retirement On July 5, 2017. However, In 2018, He announced his return but is yet to feature in any matches.

DeAngelo Williams has a staggering net worth of $16 Million. He has accumulated most of his net worth through his decade-long career with NFL. Playing 11 years in NFL, the former wrestler turned American football running back earned $46,204,195 after being drafted by the Panthers in 2006.

Peter Warrick and Ronnie Harrison are two well-known NFL Players with similar net worth to Williams. 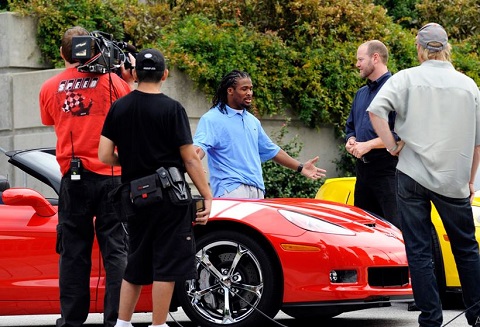 Williams received almost $10.5 Million soon after signing a new contract with Carolina Panthers in 2006. He renewed the contract in 2011 with a five-year deal of $43 Million. DeAngelo received almost $20 Million as his signing bonus and salary.

Moreover, DeAngelo also had an endorsement deal with Nike which paid him $150,000 annually while playing in the NFL.

DeAngelo is happily married to his wife, Risalyn Williams. The love birds walked down the wedding aisle on July 23, 2016. They dated for several years before tying their wedding knot. The duo had welcomed a daughter, Rhiya Williams, in 2009, who was born before their marriage. The couple has two other children, a daughter, and a son. 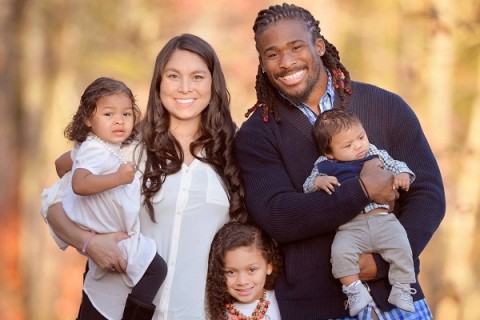