Daviyon Nixon is an American football defensive tackle for the Carolina Panthers of the NFL. He formerly played college football at Iowa Western and was chosen by the Panthers in the fifth round (overall pick, 158th) of the 2021 NFL Draft.

Nixon was born on December 13, 1998, and grew up in Kenosha, Wisconsin. He attended Indian Trail High School and Academy where he played basketball and football. 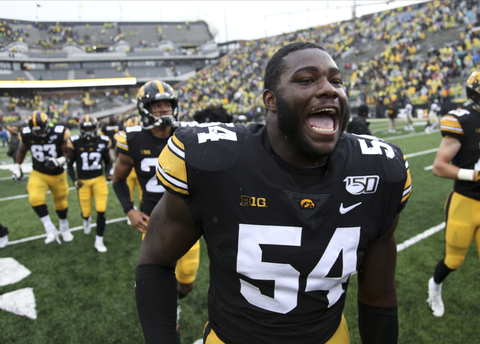 CAPTION: Daviyon Nixon selected by the Carolina Panthers in the fifth round of the 2021 NFL Draft. SOURCE: Iowa Western

In his freshman year at the Iowa Western, he scored five sacks and nine tackles for loss. After being qualified to play Division I football, he redshirted his first season at Iowa.

That year, he played in all 13 of the Hawkeye's games and finished the season with 29 tackles, 5.5 tackles for loss, and three sacks. He is usually noted for his disruptive playmaking with excellent technical skills who excels in both the run game and as a pass rusher

Nixon being a rookie is likely to get a minimum of around half a million if he makes the team. That's somewhat close to $11,000 per week. 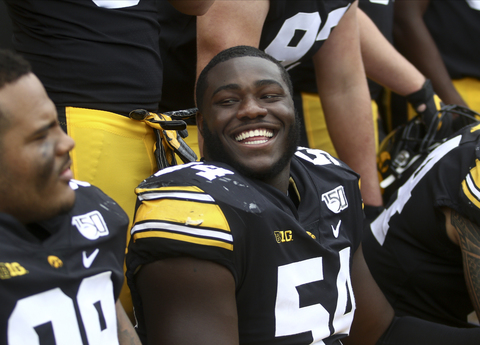 CAPTION: Daviyon Nixon was named first-team All-Big Ten Conference as well as the conference Defensive Player of the Year and Defensive Lineman of the Year in 2020. SOURCE: Iowa Athletics

Even if his contract isn't guaranteed (for the reason of being selected in round 5), he is still assured to get the signing bonus of no less than $200,000.

The newbies selected in the fourth through seventh rounds still get a sizable salary. Their contract of four years is projected to be worth a little over $3million. The pay scale for the fifth round range from $600,000 to $700,000.

On May 3, 2021, Lyric Ver, a Kenosha native, on her Facebook, wrote, "I really woke up next to a Carolina Panther this morning Daviyon Nixon." The squared heart emoji have led Nixon's fans to believe that the defensive tackle is indeed in a relationship. And this is not the only validation of their relationship.

Daviyon Nixon's girlfriend congratulated him after he was selected by the Carolina Panthers on the 2021 NFL draft SOURCE: Facebook

Ver can be seen staying by the side of the NFL rookie since his pre-draft days. She also took it to her Facebook to congratulate her boyfriend for making it to the NFL. It isn't known when exactly the couple started dating, but Nixon hadn't appeared on Ver's profile until November 22, 2020. 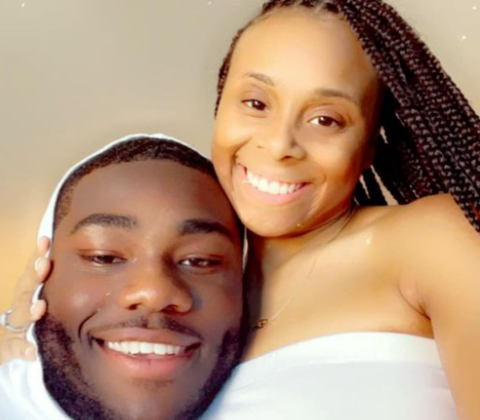 On this very day, she kind of officiated her love for the football star by posting a video and subsequently subtitling it the caption that read, "In case yall missed it Daviyon Nixon for the touchdown, proud girlfriend moment." 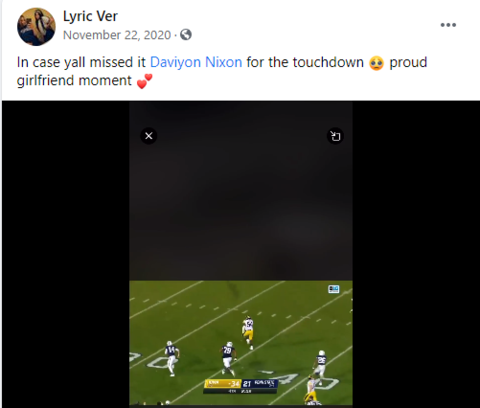 In the case of Nixon, his followers first saw him using the word girlfriend on National Girlfriend Day, 2020. Wishing Ver the day, the DT wrote, "Been through hell and back with this one, happy national girlfriend day babygirl."