David Ospina is a Colombian footballer who plays as a goalkeeper for Serie A Club Napoli, on the loan from the premier league club Arsenal and also plays for Colombia National Team.

As a goalkeeper, he reportedly earns €40,000 weekly from his parent club Arsenal. As per the reports, he has an estimated net worth of €5 million.

David was born on 31st August 1998 in Medellin, Colombia. He was born to Hernan Ospina (Father) and Lucia Ramirez (Mother). David grew up along his sibling, Danelia Ospina, who is also a volleyball player.

David started his junior career from Atletico Nacional of Categoria Primera A. Ospina has played a total of 97 matches with the team and was even called to the national team. Ospina achieved three league titles with the club. Later, Ospina was transferred to the Nice in mid-2008.

After three seasons in Atlético Nacional, he was transferred to Nice in France at the age of 19. Ospina was reportedly signed to replace Hugo Lloris, who moved to Lyon.

However, Ospina was a substitute for Lionel Letizi for the first few months of his career before breaking into the first team.

After his performance at the 2014 World Cup and his refusal to extend the contract with Nice, Ospina was linked to many European clubs. Although he was strongly connected with Atlético Madrid, David announced that he would join the English club Arsenal. 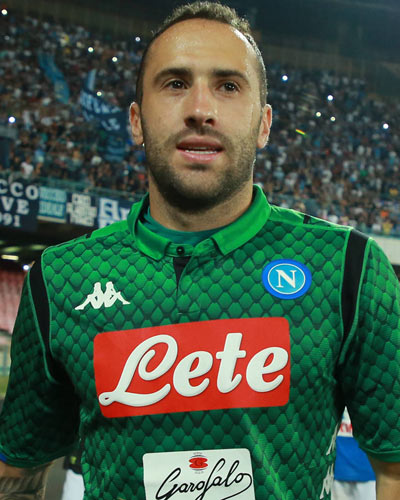 On August 15, Serie A team Napoli agreed to a one-year loan deal with an option to buy after the injury of Alex Meret.

During the 2014 FIFA World Cup qualifying competition, Ospina was selected as the main goalkeeper for Colombia. At the end of the qualifiers, Ospina conceded the lowest number of goals in the entire tournament.

Later In May 2018, he was named to the preliminary 35-man team of Colombia for the 2018 World Cup with Jefferson Lerma, Yerry Mina, and Abel Aguilar.

David Ospina Net Worth And Salary

Moreover, David is one of the least paid players of Arsenal while Mesut Ozil is the highest earner with the salary of £15,600,000.

So far David has made the earning of £10,400,000 form his footballing career. Currently, his estimated net worth is believed to be around 5 million euro.

In addition, Arsenal's goalkeeper owns a house which worths about 16 million euro and also has a good collection of cars, one of them is Mercedes which cost around £100,000.

David is married to Jesica Sterling since 2012. The couple has two children together, a daughter named Dulce Maria and a son whose name is Maximiliano. 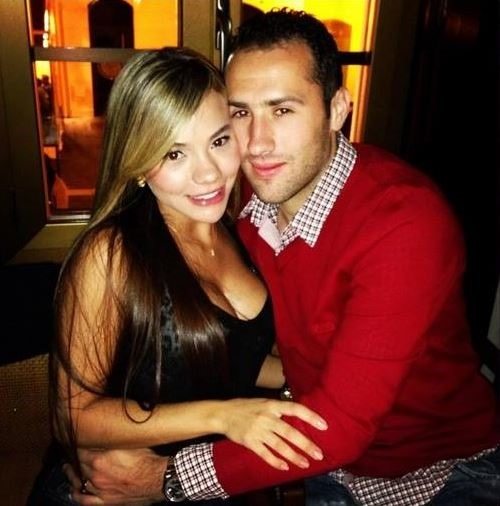 His sister Daniela Ospina was previously married to Colombian footballer James Rodriguez but the couple split in September 2017. The couple were married for six years since 2012 and has a daughter together.