David Olatukunbo Alaba better known as David Alaba is a professional footballer from Austria who plays for German club Bayern Munich and the Austrian national team. The hunk has played in a multitude of roles, including right & left-wing, central midfield, central defense, but has since blossomed as a left-back.

Vienna, Austria native, David Alaba was born on 24 June 1992, under the star sign Cancer. He holds an Austrian nationality and came from the Afro ethnic background.

David Alaba has an estimated net worth of $20 million as of 2020. Playing Bundesliga side FC Bayern Munich since 2010, his annual salary from the club is reported $9 million. Leon Goretzka and Lucas Hernandez are the highest-paid roosters of the team. 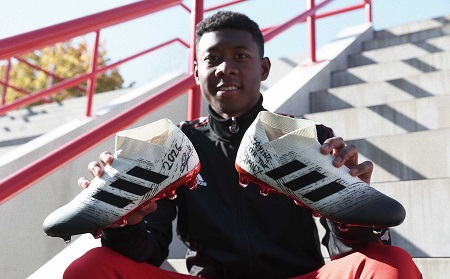 An Adidas athlete, Alaba's endorsement deal must be lucrative. In 2018, he renewed his partnership with Adidas in a deal that will see him continue to wear the Three Stripes right up until 2026. Furthermore, he has a fashion line named, da27store, which is also his source of income.

Bayern Munich's shirt no. 27, David Alaba is currently dating, Shalimar Heppner. The couple started dating since 2017. In September 0f 2019, the couple came up with blast news. The couple is expecting their first child together. 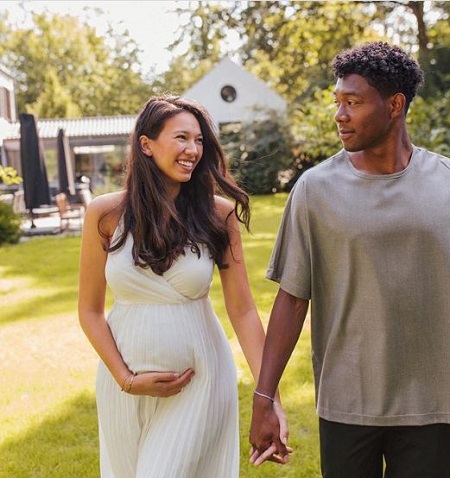 David Alaba is expecting his first child with his girlfriend SOURCE: Instagram @shaliimaar, posted on SEPTEMBER 2, 2019.

Since 2010 David Alaba has been in a relationship with Katja Butylina. Austrian beauty was a high-level handball player. In 2013, at the FC Bayern München’s Oktoberfest, Alaba and Butylina appeared together for the first time.

David was born to a Filipino mother and a Nigerian father. His mother Gina was a nurse, while his father George Alaba, a prince from Ogere is a DJ and former rapper. Also, his sister, Rose May Alaba is a singer, songwriter and recording artist who is best known for her 2016 single, Love Me Right.

The team has opened a door of success for him. It provided him a perfect platform to develop his career. He managed to score 35 goals in 135 appearances with Bayern Munich. On January 2011, he loaned to TSG 1899 Hoffenheim. He played till the end of the 2011 season.

Internationally, he is outstanding in his performance. He is the youngest player who played for the Austrian national team. He debuted in 2009. During his debutant, he was 17 years of age. He scored 11 goals in 48 matches with Austria.