UMBC point guard Darnell Rogers was born on  April 27, 1997, in Baltimore, Maryland, under the Taurus zodiac sign. Currently, he is just 25 years old. He possesses a height of 5 ft 2 inches and weighs 68kg. He is also from a black ethnic community, so he has a dark skin complexion and long braided hair.

His Highschool And College Career

Darnell followed in his father's footsteps. He satred playing basketball from an early age. Initially, he played varsity basketball for Indian Highschool in South Carolina with his older brother Terrell. During his high school level, he was also the all-time leading scorer with a total of 1,776 points. For his senior level, he was transferred to Shilob Highschool, and from there, he joined Believe Preparatory Academy. 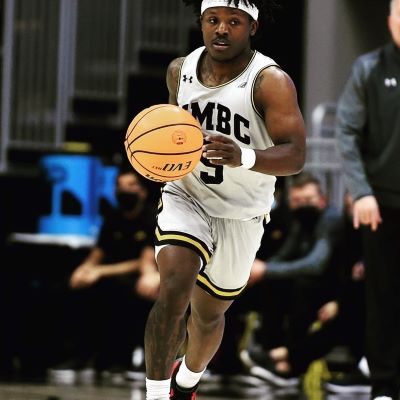 For college basketball, Darneln first played for Florida Gulf Coast. Playing in 20 games for Gulf, he joined New Mexico Junior College. Likewise, he was again transferred to UMBCwhere he registered a double-double of 14 points and ten assists in his sophomore season against Valley Forge. The American international is proving his worth to the team.

Details On His Basketball Earnings

Darnell Rogers, the son of a former basketball player, is currently playing basketball at the college level. So he doesn't receive a salary playing for the team. However, he gets a scholarship in return. Reportedly, if he gets into the NBA in the future, he will be bringing his pay in millions. Notably, per the sources, NBA rookie players earn an average salary of $3,527,160 in the 2022-23 season and $3,695,160 in the 2023-24 season. For your information, Orlando Magic 2022 Drafted player Paolo Banchero is the highest-paid NBA rookie with an agreed contract worth $50 Million. Paolo will be netting $12 Million per season.

Furthermore, Darnell is just competing at the college level, so his current net worth is unknown. Regardless, he might make it if he collaborates with any brands or companies. It is to be noted he is in the clothing business. Cosivera is the clothing brand that he advertises on his social media outlets.

Darnell came from a basketball family background. He was raised and born into a family where basketball was everyone's favorite. Moreover, his father, Shawnta Rogers, was a professional basketball player who played in the USA and France. Due to his father's Darnell spent most of his childhood overseas.

He was just nine years old when they moved to North Carolina. Also, Darnell joined the American school until he was in third grade. Notably, Sherrell Rogers is his mother. His parents are very supportive of his interest despite his short height. Most of his family members are in the basketball world. His brother Terrell also plays professional basketball.

Who Is Darnell Rogers Dating?

Darnell is known to be a self-centered person. Due to this, he hardly opens his dating life to the public. Moreover, his low-key life made us more challenging to determine whether he was dating or not. Currently, Darnell is grinding to improve his career because he has no time for dating. Also, there is no proof of him hanging with any girl or company, which makes us believe he is currently single.

Visting Playerswiki for more facts and bio about players.