Danny Vukovic is a professional football player from Australia who currently plays in the Dutch top league, Eredivisie. He plays in the goalkeeper position for the Dutch club NEC Nijmegen and has been playing for them since 2021. Before joining Nijmegen, he used to play for Genk and Sydney FC. He wears the Number 27 Jersey for his team.

Internationally, he has also represented his nation Australia in several tournaments. In 2005, he won the OFC Under 20 Championship with the team. He was also in Australia's national team in the FIFA World Cup in 2018.

Daniel Vukovic, famously known by the name Danny Vukovic was born on March 27, 1985, in Sydney, South Wales, Australia. According to astrologers, his birth sign is Aries.

He was born to his father Sr Vukovic and mother Mrs. Vukovic. Their original name is still a mystery to his fans, but it is sure that his parents were originally from Serbia. They migrated to Australia where their son played football. 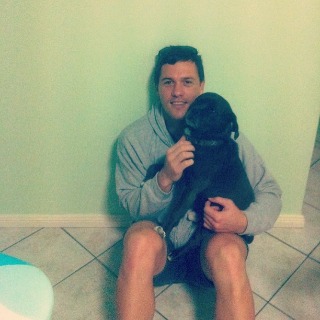 Information about his dad is not much revealed as he barely talks about him in the public. The same goes with his mom too. But he frequently appreciates his family for sacrificing to get where he is today.

Danny grew up along with his brother Dejan Vukovic who currently resides in Sydney. He is younger than his bro Dejan. Dejan is active on Instagram with the username @deja_vuk. 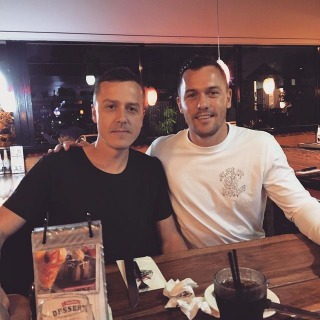 In September of 201, he posted a photo with his older siblings where town Vukobic's brothers were enjoying the meal.

On the caption, he wrote,

"Out for dinner for my mum's birthday! Good to be home to be able to do things like this! This is my older bro. No family resemblance whatsoever! @deja_vuk"

He has no sisters or other siblings than his elder brother.

Born and raised in Sydney, he joined his hometown club, St. Claire United where he played up to 1999. In 1999 he moved to another club named Bonnying White Eagles where he played for 3 years for their youth team. At that time, he was just 14 years old.

Finally, at the age of 17 years old, he got his chance to play for the senior team of Parramatta Power. There he started his professional senior career in 2002.

In 2004, he again returned to his youth club Bonnying where he played for 1 season.

After that, he has played for several teams before starting to play for the Belgian club named Genk. After having 4 spectacular seasons at the club he moved to NEC Nijmegen where he is currently playing.

Who is the only goalkeeper to score in the A-League?

One of his records is Danny V is the only goalkeeper to score in the A-League. He scored the goal in 2010 when he was in Wellington Phoenix.

Vukovic is also the goalkeeper who has the clean sheets in the league. Till now, he has made 84 clean sheets.

Vukovic's physical measurements | How tall is he?

What is Danny's net worth? How much does he earn at Nijmegen?

The Brazillian midfielder has played in the top leagues with different teams. And he has been very successful in his career as well as wage. He is one of the highest-paid Australian footballers.

As per sources, the net worth of Daniel Vukovic is estimated to be $2 million approximately. His net worth and properties include his monetary values, cars, houses, assets, and others.

He lives a luxurious lifestyle with his family in the Netherlands. He does not flex his cars and houses in social media.

Read: Net worth, Salary, and Earnings of Tim Southee

Contract and Salary with Nijmegen

The Australian goalkeeper Danny Vukovic signed his professional contract with his current club, Nijmegen in June of 2021. And his contract will end on June 30, 2023. 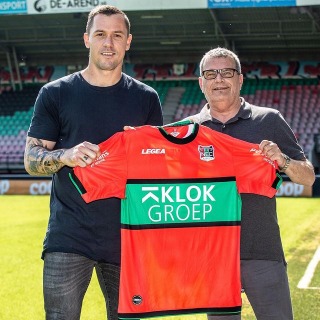 In June of 2021, he announced his signing with NEC Nijmegen through his Instagram. He posted,

"Happy to let everyone know that my future has been decided. I’m delighted to have signed for @necnijmegen for the next few seasons."

As per AI Score, the salary in the Dutch club is more than 300,000 pounds per year in 2022. The same sources claim that the highest-earning player is Ali Akman who earns more than 1 million pounds with the club.

His current salary at Nijmegen is comparatively less than his salary at his previous club. His yearly salary at Genk was 488,000 pounds.

It is not the highest market value he has ever had. It was 1.2 million pounds in June of 2019. At that time, he was in Genk.

Who is D Vukovic married to? His relationship status and married life

Danny Vukovic is currently living a happily married life with his wife, Kristy Vukovic. The couple has been married for more than 8 years as of 2022. Before that, they used to date each other. The couple started dating in the early 10s. Since then they have been dating. Finally, in May of 2013, the couple got married in the presence of their close friends and relatives. On the occasion, he posted a photo of the pair wearing the wedding dress. He captioned,

Since then, he has shared his photos with his partner on his social media.

Who is Vukovic's wife Kristy?

Daniel Vukovic's partner Kristy Vukovic is a family woman. She is also famous for becoming the wife of Danny and the mother of his children.

She celebrates her birthday every year on the 12th of May. 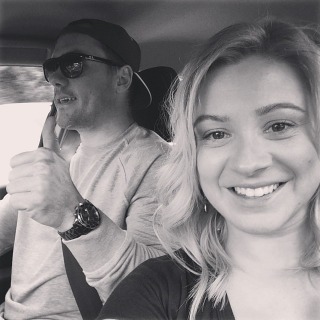 She has been the greatest supporter of her husband through his thick and thins.

Danny and Vukovic: Parents of 2 child

The former Genk's goalkeeper Danny Vukovic and his loving wife, Mrs. Vukovic are blessed with 2 children, both sons.

In an interview with Fox Sports, he revealed that his first son's birth was also one of the major reasons for his signing with Melbourne. At that time, the Vukovic couples were expecting a baby. 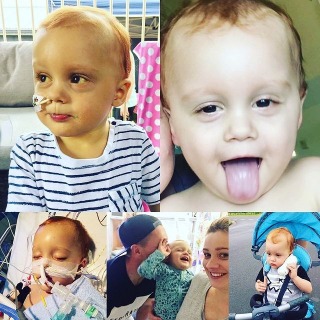 As per the sources, his son Harley suffered from biliary atresia at his birth. He had to go through a liver transplant when he was just months old. He told,

"It's a difficult thing when your son, your child is sick," he said. "In the past when I was living in Melbourne, I would go to games interstate and I had to leave my son with my wife all by herself. It was hard."

Due to this reason, his performance also degraded and that might be the reason when his club lost to Brisban by 5-0.

Mentioning that in an interview he said,

"There was a point last season where I wasn't doing well and it was really affecting me. I was too worried about letting my club down, my coach down, my teammates down and that became an issue,"

But his son is healthy as of now. In January of 2021, he posted his son Harley's photo and expressed his happiness saying,

"My defining moment in the last decade. My boy happy and healthy..Just sitting here in Brighton enjoying a beer and thinking how bloody lucky I am to have my family, my friends, my life!!"

He is active on Twitter with the username @vuk20 where he has more than 11,300 followers.

He has also an Insta Id where he frequently shares about his family, children, games, and training. His Instagram Id is @vuka1. He has more than 21,400 followers on his Id.