Further, he is also a former Russian youth international player who was included in the senior team by Russia at UEFA Euro 2020. He has played for the Russian national teams at multiple levels like U18, U19, U20, and U21. Moreover, the 6 feet 4 inches tall player has outstanding football skills, and he is also one of the essential players on his team.

Roman Alekseyevich Yevgenyev was born on February 23, 1999, in Spasskoye, Primorsky Krai, Russia. The young player was raised by his parents in Spasskoye. From a young age, he was passionate about football, and now he is fulfilled to become a renowned footballer.

As for his physical appearance, Yevgenyev is a tall guy, and his height is measured at 6 feet 4 inches (1.93m). His impressive height helps him give his best in the field. In his youth career, he played for multiple teams like Sokol Moscow, Spartak Moscow, and Dynamo Moscow.

Andrey Lunyov is also a football player from Russia.

And he signed a 3-years-deal with the team on June 24, 2019. On November 8, 2020, Yevgenyev became Dynamo's captain during a match against FC Lokomotiv Moscow. In the same match, Yevgenyev scored his first Dynamo goal while his team won the game by 5-1. His amazing performances in the respective season helped him get listed in Russia's provisional Euro 2020 team. 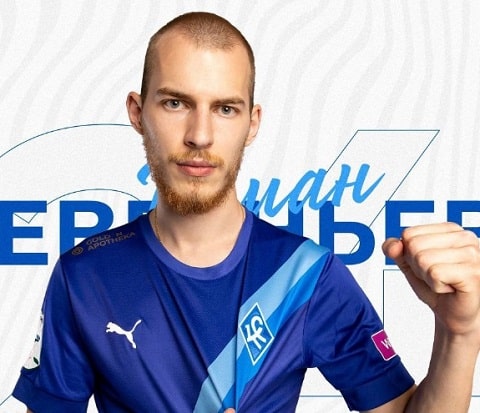 Roman Yevgenyev is a professional center back SOURCE: Twitter @RusFootballKr

For the 2021-22 season, Yevgenyev signed a deal with Fabian Balbuena. His first match for the team came on September 12. However, he didn't until October 16 and came back when Balbuena returned from the national team duty. By the winter break of the season, Yevgenyev appeared in 8 out of 18 league games just with two starts. And Yevgenyev began in two Russian Cup games Dynamo played up to that point. Following the start of the 2022 Russian attack on Ukraine, Ivan Ordets, a Ukrainian professional footballer, stopped appearing for Dynamo.

So, he returned to the starting lineup for the rest of the season to replace him. Moreover, his contract with Dynamo ended in June 2022, and he left them to play for another team. On July 15 of the same year, Krylia Sovetov Samara signed him. At the time of this post, he has already made three appearances for his current team.

Roman Yevgenyev is a football player, and he makes most of his gains from his profession as a footballer. According to Transfermrkt, Yevgenyev's current market value is €3.50m. His highest transfer value was €4.00m on May 26, 2021. Currently, Yevgenyev is playing for Krylia Sovetov Samara, from where he might be taking a fair salary. 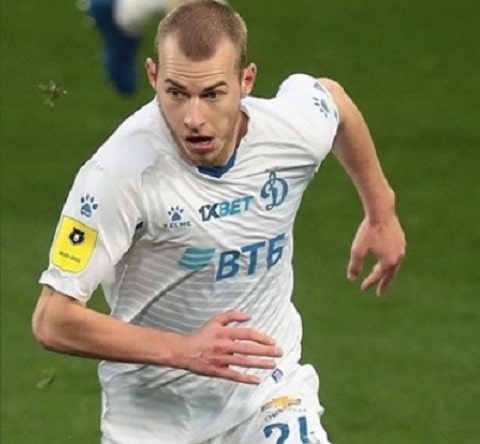 In Russia, a football player has an average salary of $10203.80 per year and $4.91 per hour. Yevgenyev may earn above the average wage as he has been playing football for a long time. And while getting transferred to various teams, Yevgenyev has surely received a decent profit.

And having a good payment, his net worth is pretty amazing. However, the precise details about his fortune remain under review as Yevgenyev has not opened up about his income to the media.

Does Roman Yevgenyev Have A Girlfriend?

The young footballer does not have a girlfriend or a wife. As he has not been linked with any girls in the past, we can say that Yevgenyev has been leading a single life for a long time. In the meantime, Yevgenyev is a private person who has not talked much about his personal details openly.

So, it is pretty difficult to know about his love affair. On the other side, he is not active on any social media platforms. Due to his less activeness on social media, none of the media outlets are able to gather information regarding his family background and love life too.

Roman Yevgenyev is a person who keeps himself far from the media. So, he is not available on any social media platforms, including Twitter, Facebook, and Instagram.

Meanwhile, we can get updated on his professional life by exploring various sports sites that provide transfer history, stats, and more on his career.

Facts To Know About Roman Yevgenyev

You may discover a broad range of sports news, buzz, and love matters on Playerswiki.