Daniel Alejandro Suarez Garza is a professional stock car racing driver. The Mexican driver has achieved the 2016 NASCAR Xfinity Series Champion and the 2017 Monster Energy Open Winner. Currently, he competes full-time in the NASCAR Cup Series, driving the No. 99 Chevrolet Camaro ZL1 1LE for Trackhouse Racing Team, and is part-time in the NASCAR Camping World Truck Series, driving the No. 02 Chevrolet Silverado for Young's Motorsports.

Racecar drivers' earnings come from base salary and winnings. Moreover, a driver will need to attract a sponsor who will be willing to invest large amounts of money to support a team. Earnings of NASCAR drivers fall into two categories: those top drivers who make millions per annum and (2) those drivers who are only earning five or six figures.

In Daniel Suarez's case, he annually makes $895,000 (excluding sponsorship). With his sponsorship and endorsements, his annual earning is an estimated seven-digit figure. As of 2021, his net worth is $2 million.

Daniel Suarez is in a relationship with Julia Piquet for a long-time now. Well, Piquet is the daughter of 3-Time F1 world champion Nelson Piquet and sister of former F1 driver Nelson Piquet Jr.

Reportedly, Julia works with Motorsport.com. Further, she studied at the University of Miami, earning a bachelor’s in Management and Economics. Also, she has MBA. 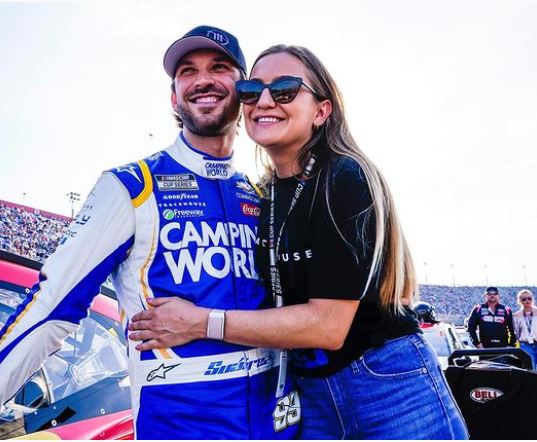 Matter of fact, Nelson Piquet Jr. is one of Daniel’s first friends after he moved to the USA for racing. Daniel only spoke Spanish which made him difficult to communicate.

“I couldn’t really communicate with a lot of people because I only spoke Spanish, so at the time the only people I was able to get along with spoke Spanish or something similar. I used to hang out a lot with Nelson Piquet and some Brazilian drivers" Suarez said.

Suarez started his racing career in karting. By 2007, he already bagged a class championship. The following year, he moved to the preliminary category of NASCAR Mexico, Mini-Stocks, becoming the youngest driver to win a race in the series.

The following year, he returned to the K&N East and Toyota Series. In April, Joe Gibbs named him to make his debut in the Nationwide Series at Richmond International Raceway. He drove the team's No. 20 Toyota; where he finished at 19th.

In the 2018 season, Suarez kissed his first career Cup Series pole at Pocono, following Kevin Harvick and Kyle Busch's qualifying times were rejected after an inspection.

During the 2021 season, Suarez scored Trackhouse's first top-five, finishing at fourth-place at the Bristol dirt race. Also, he competed in the Trans-Am race in Nashville for Marks' SCCA team.