Daniel Jeremiah is an NFL Network analyst and a writer with NFL.com. He also serves as a color commentator on KFI radio for Los Angeles Chargers games. Further, Jeremiah was a quarterback of northeastern Louisiana in 1997 and the Appalachian State from 1998 to 2000.

The resident of Murrieta, CA, Daniel Jeremiah, reportedly earns in the range of $1million-$1.45, as his yearly salary from the network, and as of 2019. He is currently married to his wife, Merae and has 4 children with her.

Daniel Jeremiah Net worth and Salary

Further, NFL Network reporter receives an added sum of money from his radio and TV guest appearances as a sports pundit too. He currently, lives in Murrieta, CA, along with his family, and has a beautiful home there.

Daniel is happily married to his wife, Merae and has 4 children with her. Currently, he resides in  Murrieta, CA along with his wife and children. 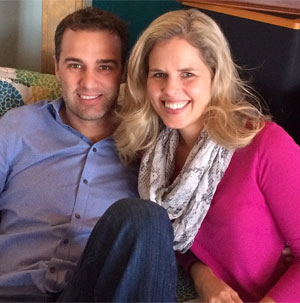 In addition, he has a perfectly built body with decent height and weight. Further, he is pretty famous in social media with a huge number of followers.

Daniel Jeremiah was born on December 5, 1977, in El Cajon, California to David Jeremiah and Donna Jeremiah. He holds an American nationality and belongs to the White ethnic group. Further, the details about his siblings are not available yet.

Jeremiah graduated from the Appalachian State in 2000, where he played as a quarterback for three seasons.

In 2012, Daniel Jeremiah joined NFL Media as an analyst after an eight-year career as an NFL scout for three clubs.

Jeremiah has played a key role in a number of NFL Network programs such as NFL Total Access and Path to the Draft. He is also the co-host of the Podcast  Move the Sticks with Bucky Brooks.

Aftermath starts at the top of the hour. Check it out on NFL Network.

Before joining NFL Media, Jeremiah served as a scout for the Philadelphia Eagles college for two years. Prior to that, he was a national scout for the Cleveland Browns and a scout for the Baltimore Ravens. In addition, Jeremiah was a production assistant for ESPN's Sunday Night Football telecasts.