Daniel Hood is a former American football defensive lineman who finished his collegiate career playing for the University of Tennessee. Currently, he Guest Radio and TV analysis covering Tennessee Football.

How Much Is Daniel Hood Net Worth In 2019? Know His Salary

As of 2019, Daniel Hood's net worth is under review. Currently serving as guest radio and TV analysis for Tennessee Football, his annual salary is reported $30,000. Furthermore, he might have earned a decent sum through his college football career. 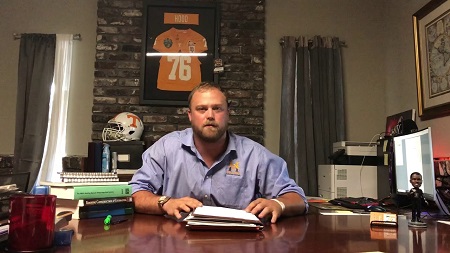 Besides, he also earns much from his venture, Daniel Hood Roofing Systems.

There is less to no information about Hood love life. He has maintained his private life far from the media's eyes. With a piece of limited information regarding his love life, he is possibly unmarried and single at the moment.

According to the source, Hood, 13 at the time witnessed a brutal rape as his 17-year-old friend, Robert Sanico, raped a 14-year-old girl. Later, Hood was found to be delinquent by the Sullivan County (Tenn.) Juvenile Court and was handed over to the Department of Children's Services (DCS).

He then completed a rehabilitation program at Mountain View Youth Development Center prior to attending Catholic High School in Knoxville as a sophomore.

Following his impressive high school records, dozens of schools had shown interest in Hood’s athletic ability but revoked their scholarship offered when court records were released detailing his actions. The Tennessee Volunteers were the only school afterward to offer Hood a full scholarship.

Many NCAA fans with knowledge of Tennessee’s football program was disappointed for allowing a criminal into school to support their sport’s success.

Analyzing at his age at the time, the fact that he didn’t participate in the rape and his spotless record since the event as their defense for giving the young adult another shot at life, many believe Hood deserves a second chance. Later the victim came out and openly supported him and said he does deserve to pursue his dream.

Daniel Hood was born on 5th December 1992, in Kingsport, Tennessee, United States, to Cindy Flanary and Allyn Hood. His star sign is. As per nationality, he is an American and belongs to the white ethnic background.

He enrolled at Knoxville Catholic high school where he began playing football. Under the guidance of Mark Pemberton, he earned All-Region and All-State as junior and senior as well as posted 62 tackles, including 7 1/2 sacks. 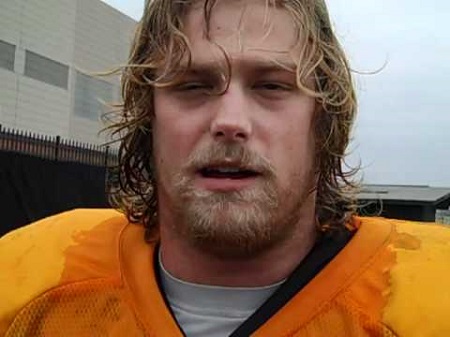 Upon graduation. He enrolled at the University of Tennessee where he played for the Tennessee Volunteers football program earning 2010 Academic All-SEC as well as 2010, 2011, and 2012 SEC Academic Honor Roll. In 2013, he graduated majoring in management.

Currently, he serves as guest radio as well as TV analysis covering Tennessee Football. Other than that, he even as Managing Member Daniel Hood Roofing Systems DanielHood.net