Daniel Carcillo is a professional retired ice hockey left winger, originally from Canada. He most recently played under contract to the Chicago Blackhawks of the National Hockey League (NHL). His on-ice reputation has led to him being nicknamed "Car Bomb".

Daniel Carcillo is living a lavish lifestyle with his huge net worth of almost $3 million. Want to know further details? Then stick with us till we introduce Daniel Carcillo to you.

Daniel Carcillo Personal Life; Know about his Wife and Children

Daniel Carcillo is currently engaged to his long-time girlfriend, Ela Bulawa. Further, some sources claim that the duo began dating when Ela was a student at Columbia College. Later, on early 2013, the duo got engaged. 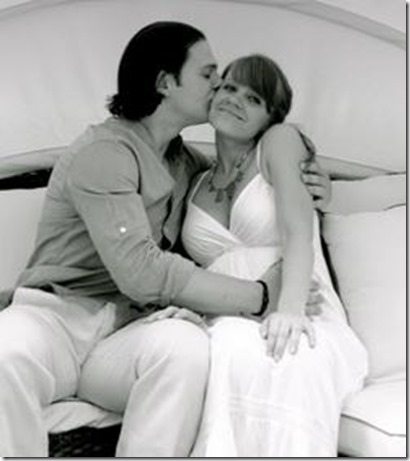 The unmarried couple gave birth to their first child, a son, Austin. The family currently resides in Chicago and they are planning to get married soon. Besides that, Daniel hasn't been part of any rumors or controversy to date. 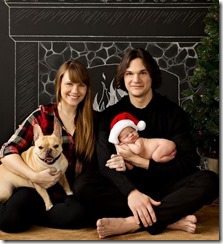 Daniel Carcillo with his wife and Son, Autin SOURCE: Instagram

Apart from that, Daniel hasn't officially confirmed his other past relationships. It seems that he is committed to his fiance only.

Furthermore, Daniel was shocked to hear the death news of one of his teammates from Blackhawks, Steve Montador. Steve was one of the close friends of Daniel and he was battling depression and substance abuse.

In the funeral of Steve, the players of Chicago Blackhawks like, Patrick Kane, Jonathan Toews, Andrew Shaw, and Corey Crawford were present with the almost whole team.

After the death of Steve, Daniel was deeply affected and he was still recovering from a concussion. He called for the NHL community to play a larger role in the lives of former players that have suffered concussions.

After winning the Stanley Cup in 2015, Carcillo retired from playing professional hockey and established the 'Chapter 5 Foundation', which is dedicated to helping players who are struggling with post-concussion syndrome, anxiety, or depression.

Daniel Carcillo stands an average height of 5 feet 11 inches tall. Besides, he weighs about 92 kg.

Daniel Carcillo Net Worth and Earnings

Daniel Carcillo played 8 seasons in the NHL and has made total career earnings of around $6.2 million. Besides, his annual salary was $550,000 on average. Apart from that, he has a huge net worth of almost $3 million.

Apart from that, Daniel has been fined many times during his playing career. Check out the table below for more details.

Daniel Carcillo was born on January 28, 1985, in King City, Ontario, Canada. He spent his childhood in Canada playing for local clubs in some minor leagues. Besides, he has not revealed information related to his family and educational background.

As Daniel's parents are of Canadian nationality, he holds the same nationality and is of caucasian ethnicity.

After being drafted 73rd overall in the 2003 NHL Entry Draft by the Pittsburgh Penguins, Carcillo was traded to the Phoenix Coyotes in exchange for Georges Laraque on February 27, 2007. During the 2007–08 regular season, he led the NHL with 324 penalty minutes.

Later, he was traded to the Philadelphia Flyers on March 4, 2009, in exchange for Scottie Upshall and a 2011 second-round draft pick. His first goal as a Flyer came in Game 4 of the first round of the 2009 Stanley Cup playoffs against Pittsburgh.