Damien Williams is a professional American football player who plays in the National Football League (NFL). He currently plays for Chicago Bears as a running back. Damien won Super Bowl LIV with Kansas City Chiefs in 2020 by beating the San Francisco 49ers by 31-20. In that game, he scored the game-clinching touchdown on a 38 yard run for Kansas City with remaining time less than 2 minutes.

Before playing for Chicago and Kansas, the Chicago Bears #8 also played for Miami Dolphins from 2014 to 2017. Williams is also the first player in the history of the Super Bowl with at least 100 rushing yards along with rushing and receiving touchdown. 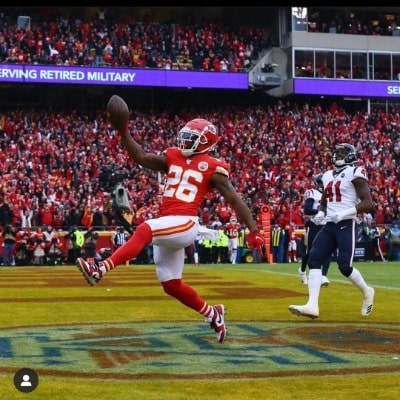 Damien Williams was born on April 3, 1992, in San Diego California and his birth sign is Aries. His mother's name is Virleana Alexander and he has not disclosed any information regarding his father. He has two brothers named Delvin and Xavier Alexander.

Damien Williams Net worth and Contract with Chicago Bears

According to various sources, Damien Williams has an estimated net worth of $4 million. His main source of income is playing football including his regular salary along with bonuses and incentives. According to sportrac, the Super Bowl LIV winner signed a 3-year contract worth $1.5 million in 2014 with Miami Dolphins. His salary per year with Dolphins was $511,667 and a signing bonus of $5000.

Damien Williams is living a happily married life with his wife Lilly Williams. The couple has been married for more than 4 years as of 2021. The pair met in 2015 and started dating while he was still playing for the Dolphins. 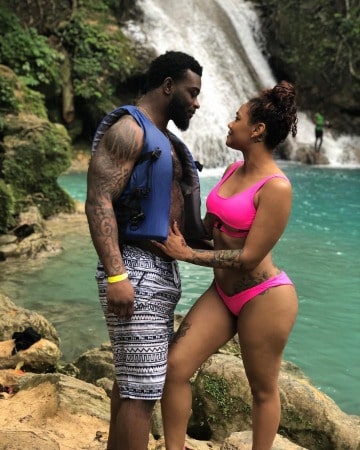 Before marrying the former Miami Dolphins running back, Lilly Williams's original name was Lilly Belle. She is from Florida and according to her bio, she is married, of course with Damien. But they never expressed their marriage date and venue in public.

Damien and his wife Lilly have a beautiful daughter named Dillion Dash Williams, born in 2017. Dillion's parents have not shared her information in media but Lilly pretty much shared photos during her pregnancy.

Where did Williams attend?

Williams went to El Cajon Valley High School in his freshman year and played there. Then he played high school football at Mira Mesa Senior High School. He played college football at Arizona Western College and in 2012, he transferred to the University of Oklahoma.

He started his professional playing career in NFL in 2014 with Miami Dolphins.