Damian Priest is a professional wrestler from America who fights in the WWE(World Wrestling Entertainment). He has been signed to WWE since 2018 and has already won NXT North American Championship Tournament. He also won the WWE United States Championship. It was on October 18, 2018; he was introduced to the NXT Brand.

Before fighting WWE, he previously wrestled in Ring of Honor from 2015 to 2018. There he fought with his real name Luis Martinez. In 3 years at ROH, he won the ROH World Television Championship one time. Also, in 0217, he won the Survival of The Fittest. Besides, he is also a 3 times MFPW Heavyweight Championship and 2 times MFPW Tag Team Championship winner.

Luis Martinez, famously known as Damian Priest, was born on February 4, 1982, under the star sign Libra in New York City, New York, the U.S. He is American by nationality of Puerto Rican descent. He has a great influence from his family. He and his family members even have connections with music celebrities.

As a kid, his father, also a martial artist, taught him Japanese Goju-Ryu karate. He was raised in Dorado, Puerto Rico, where he saw the World Wrestling Council on Television and got interested.

He started training at the Monastery Factory before being promoted t Ring Of Honor.

His role model in wrestling is Pedro Morales, a former wrestler.

How Much is Damian's Net Worth In 2021? Salary & Contract at WWE

The Puerto Rican wrestler currently wrestles in WWE, which pays him a pretty good amount for a wrestler.

Read about:- Net worth and Salary of Orange Cassidy 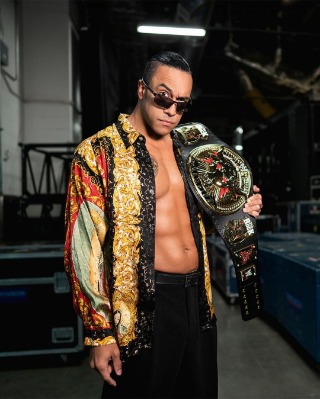 According to sources, he earns around $300,000 per year in 2021. Although it is not officially released, how much is he paid. WWE is the highest-level wrestling brand that pays good wages comparatively. So Damian Priest has an estimated ne worth of $2 million.

Additional to the normal salary, he also earns from bonuses and PPV.

But his salary is much less than the highest-paid wrestler, Brock Lesnar, and he earns around $12 million per year.

Who is Damian Priest dating? (Affair and Girlfriend)

As of 2021, Luis Martinez, aka Damian Priest, is not dating anyone and has no record of being linked to any other woman in the past. There is not much information about his relationship as he likes keeping it private. 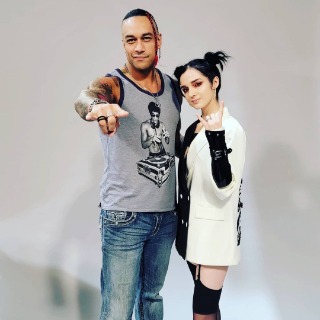 But it does not mean that the 2017 Survival of The Fittest winner does not have female friends. He frequently shares his photos with his co-workers. A few times, he can be seen too close with his girlfriends, but it is confirmed that he is not in love.

Rather it can be put in a way that he does not like his relationship to be public.