Dalvin Cook is an American football running back who is signed to the  Minnesota Vikings of the National Football League (NFL). He finished his collegiate career at  Florida State where he was the school's all-time leading rusher. In the 2017 NFL Draft, he was picked by the Vikings in the second round.

Opa-Locka, Florida native, Dalvin Cook was born on 10th August 1995, under the star sign Leo. The twenty-six years old holds an American nationality and is of Afro-American ethnic background. He stands 5 ft 10 in (1.78 m) tall and weighs 210 lb (95 kg).

How Much Is Dalvin Cook's Net Worth In 2021? Salary & Contract

Most recently, the Vikings' running back was accused of domestic violence (an incident from November 2020) by an ex-girlfriend named Gracelyn Trimble. She claims that she suffered a concussion and was left with a scar on her face. The league is currently investigating Cook's actions.

Also back in 2015, he was charged with misdemeanor battery for allegedly punching a woman outside a bar. Although a jury acquitted him in August 2015. 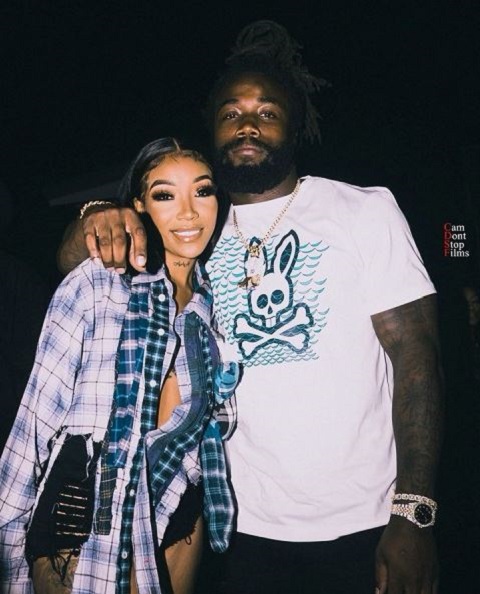 Now, the relationship with Trimble is already over, Cook seems to have a new bae. His new girlfriend is Tokyo Jetz, a hip-hop singer from Jacksonville, Florida, who has been spotted in some 2021 games with Cook's jersey.

Cook attended Miami Central High School where he did not join the football program until his sophomore year.  As a senior in 2013, Cook rushed for a county-best 1,940 yards and 34 touchdowns on 177 carries (11.0 yards per rush) and intercepted three passes on defense.

A five-star recruit by Rivals.com, Cook originally committed to Clemson University, then flipped to the University of Florida. On January 1, 2014, Cook switched to Florida State University.

From 2014 to 2016, Cook played college football at Florida State. He finished his collegiate career with 4,464 rushing yards and declared he would forgo his senior season at Florida State in order to enter the 2017 NFL Draft.

In the 2017 NFL Draft, Cook was picked by the  Minnesota Vikings, becoming the third running back taken in the draft behind Leonard Fournette (fourth overall) and Christian McCaffrey (eighth overall).

Cook made his NFL debut against the New Orleans Saints, where he recorded the Vikings' rookie debut rushing record, running for 127 yards on 22 carries. In four games in his rookie year, Cook finished with 354 rushing yards.

On 9th October 2017, Cook had left ACL surgery. In his first appearance after injury, Cook recorded 95 scrimmage yards in the 24–16 win against the San Francisco 49ers.

In week 2, he suffered a hamstring injury which missed the next four games. Cook concluded the 2018 season with 615 rushing yards, caught 40 receptions for 305 yards and two touchdowns.

On 12th September 2020, Cook signed a five-year extension contract with the Vikings worth $63 million.