Leonard Joseph Fournette III, known as Leonard Fournette, is an American football running back who is signed to the Tampa Bay Buccaneers of the National Football League (NFL). He finished his collegiate career at LSU and was picked by the Jacksonville Jaguars with the fourth overall pick in the 2017 NFL Draft.

New Orleans, Louisiana native, Leonard Fournette, was born on 18th January 1995, under the star sign Capricorn. As per nationality, the twenty-five years old is an American and is of Afro-American ethnic background.

How Much Is Leonard Fournette Net Worth In 2020?

As of 2020, Leonard Fournette has an estimated net worth of $10 million.

Leonard Fournette was in a relationship with Jamie Jones. The two knew each other for years and were always very public through social media. The couple met by Jamie’s older brother. Leonard and Jamie share a daughter, Lyric. However, the couple parted ways. 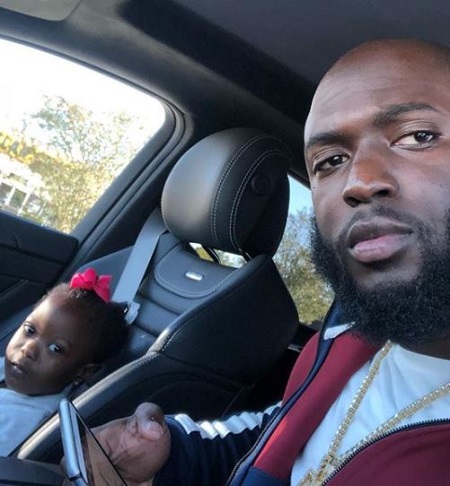 In May of 2017, Leonard had a son, Leonard IV. This baby was with a different woman. As of now, Leonard seems to be single.

Leonard was born to Leonard Fournette Jr. and Lory Fournette. He was raised in the 7th Ward of New Orleans, Fournette, where he grew up in a troubled area that was often affected by violence and gang activity, especially after Hurricane Katrina hit in 2005.

He started his football career after he relocated to Houston. He moved back within a year because of the hurricane evacuation and played football at St. Augustine High School as well as competed in track and field. After graduation, he enrolled and played college football for LSU from 2014–2016.

In the 2017 NFL Draft, the Jacksonville Jaguars selected Fournette fourth overall. He was the first running back chosen that year draft. On 10th September 2017, Fournette made his regular-season debut against the Houston Texans at NRG Stadium.

After being unable to trade him, the Jaguars waived Fournette on 31st August 2020. He cleared waivers and was released on 2nd September 2020. That same day, he signed to the Tampa Bay Buccaneers.