D.J. Augustin is an American professional basketball player who plays in the National Basketball Association (NBA). As of 2019, D.J. Augustincurrently plays for the Orlando Magic as their Point guard. D.J. Augustin has played for other teams like Charlotte Bobcats, Indiana Pacers, Toronto Raptors, Chicago Bulls, Detroit Pistons etc.

As a Point guard, D.J. Augustin reportedly earns around $7,250,000 as his yearly salary from the Orlando Magic. FurtherD.J. Augustin has an estimated net worth of over $20 million.

D.J. Augustin's Net Worth and Salary

As of 2019, Augustin has an estimated net worth of over $20 million. He reportedly signed a four-year contract with the Orlando Magic in 2016. Further, the NBA player has an average salary of $7,250,000 annually.

Other than being a famous NBA star, D.J. Augustin is pretty famous in social media. He has about 8,239 followers with 1k likes on average and has about 307 followers on Twitter.

D.J. Augustin is married to Brandy Augustin since August 4, 2012. The couple tied the know in a ceremony held at St Joseph Catholic Church in Tulane Ave. He has a happy life living with his parents and a life partner.

There is no information about D.J. Augustin having any kids.

D.J. Augustin is the son of Darryl Augustin Sr. and Vanessa Augustin. He has a very good relationship with his family members. He does not have any brother-sister nor any siblings.

D.J. Augustin was born on November 10, in 1987. His father's name is Darryl Augustin Sr. and his mother's name is Vanessa Augustin. As per his nationality, he is  American. Further, his star sign is Scorpio. 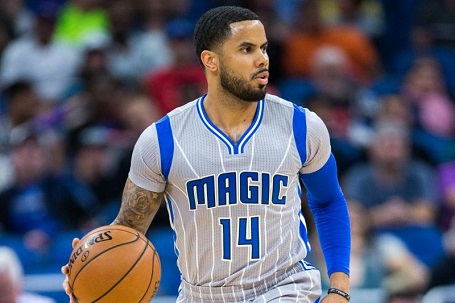 D.J. Augustin,  in his high school career, held an average of 29  points and 8 rebounds. After completing high school, he enrolled at Texas and played for Longhorn.

He was one of seven freshmen to join the Longhorn where he averaged 14.4 points and 6.7 assists per game.

The Professional Career of D.J. Augustin 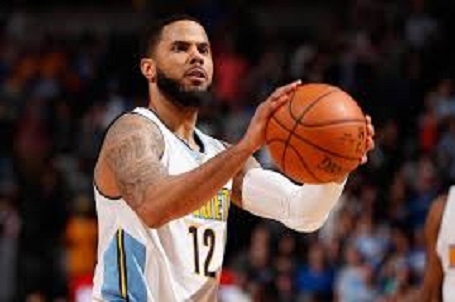 On January 29, 2017, he scored a season-high 21 points against the Toronto Raptors