Cynthia Lynne Cooper-Dyke, a.k.a. Cynthia Cooper-Dyke is a former basketball player who currently serves as a head coach for Texas Southern. Considered one of the greatest women's basketball players ever, Cooper-Dyke was voted by fans as one of the Top 15 players in WNBA history alongside WNBA stars like Sue Bird, Tamika Catchings, etc in 2011. To date, she still holds the record for most Finals MVPs with four.

Chicago, the Illinois native, Cynthia Cooper-Dyke, was born on April 14, 1963, under the star sign Aries. The fifty-six years old an American nationality and is of Afro-American ethnic background.

With a thriving college, professional basketball career, 4X WNBA Championships as well as induction into the Basketball Hall of Fame to coaching, Cynthia Cooper-Dyke has earned tremendous sum for herself. As of 2019, the lady has an estimated net worth of  $1 million. 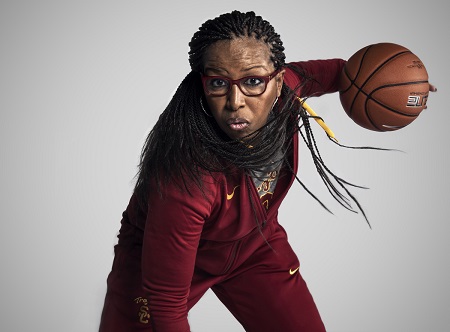 Besides base salary from the WNBA team, the rooster also gets paid for MVP title, winning the WNBA title, all-star team, or game.

A WNBA coach's salary is information that is yet to be released, but it is probably about what an NBA Coach makes. The chance is, her annual income is no less than the six-digit figure, serving as a head coach.

The veteran WNBA player was first married to Anthony Stewart. They tied the knot on July 30, 1993, in San Antonio, Texas. Nevertheless, the couple later divorced.

Cooper-Dyke then started dating sports agent Brian Dyke. On April 28, 2001. The couple exchanged the vows in a secret ceremony. The following year,  on 15th June, she gave birth to a twin: a son, Brian, and a daughter, Cyan. 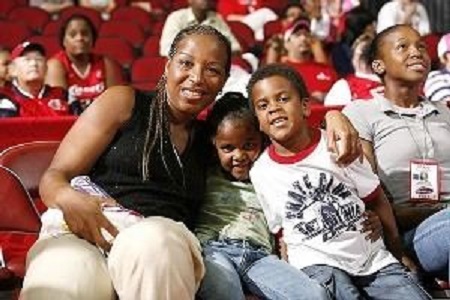 She said the twins are straight-A students, but neither is focused on basketball. Instead, the twin is excelling at tennis.

Cooper-Dyke was raised alongside her seven brothers and sisters by their mother as a single parent in South Central Los Angeles.

Her journey through life started in Chicago, but her family relocated to Los Angeles when she was one-years-old. As a child, she lived in various places in Watts, including the Nickerson Gardens housing projects, and on 111th Place, between Avalon Blvd. and San Pedro St.

She enrolled at a 118th Elementary School, Gompers Junior High School, and Locke High School. Her family was a member of Rejoice in Jesus' Ministry.

Various people influenced her childhood, but it was her mother who had the most significant effect on her life.

In the 2003 season, she returned as an active player but announced her final retirement from professional basketball in 2004.

Subsequently, she worked as a TV analyst and halftime reporter for the Houston Rockets of the NBA.

From 2013 to 2017, she served as the head coach for the University of Southern California women's basketball team.