2X WNBA Champion, Kelly Schumacher is an American born Canadian former basketball player who played in the WNBA for the Detroit Shock (2001-2009). Since 2008, she is serving as an assistant coach for the Las Vegas Aces. Besides basketball, she professionally played beach volleyball on the AVP Tour.

Cincinnati, Ohio native, Kelly Schumacher, was born on 14th October 1977 under the star sign Libra. She holds dual nationality: Canadian and American. Besides, she is a married woman.

Net Worth, Salary, and Endorsements

Schumacher's net worth in 2019 is over $0.5 million. She makes money through her WNBA coaching career as well as from her volleyball career. Additionally, the WNBA coaching salary is $50,000.

Matter of fact, a pro beach volleyball player, do not earn a regular salary, but they make money from tournaments wins sponsorship and endorsement. According to the Bureau of Labor Statistics lists the average salary of athletes in spectator sports at $104,470 annually.

A popular multi-sports athlete, Kelly also endorses the brands and products through her Instagram. She can be seen promoting Golden Goose, Swimsuits For All, etc. through the Instagram post among her fans and well-wishers.

A huge fan of NBA star LeBron James, Kelly is married to Donnie Raimon, a DBC owner, and sport biomechanist. After dating for some time, Raimon proposed her for marriage on 7th September 2008 on his birthday. Later, the duo tied the knot in an intimate wedding ceremony. 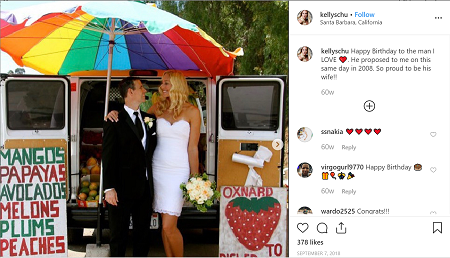 On 7th September 2018, on the occasion of her husband's birthday, she shared a cozy picture with a caption, "Happy Birthday to the man I LOVE. He proposed to me on this same day in 2008. So proud to be his wife!!"

Though Schumacher has not shared much information about her parents, she often posts pictures with them on her official social sites. She also spends her vacation with her parents. 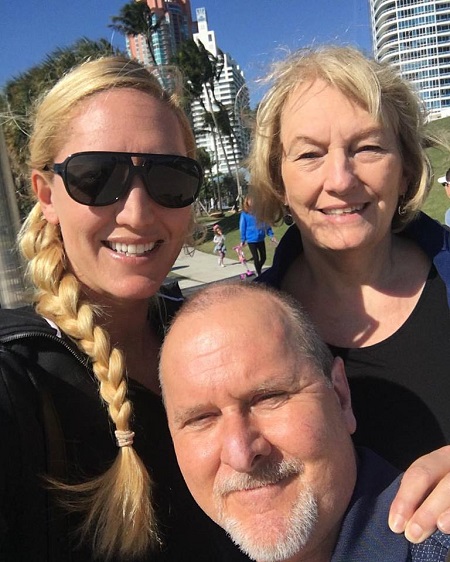 raised in the Canadian province of Quebec, where she flourished on both the basketball and volleyball courts.

On February 23, 2006, Schumacher was traded to the New York Liberty and then to the Phoenix Mercury before the 2007 season.

After nine years of professional basketball career and a childhood dream of one day being a professional beach volleyball player, Schumacher decided to pursue a second athletic career in volleyball in 2010.

In her debut season playing on the AVP Tour, she recorded from ranked over 400th to reaching two 17th place finishes. Then the following two seasons i,e. 2011 and 2012, Schumacher played 23 professional volleyball events and was ranked in the top 10 in eight games, with four of those placing in the top five.