Christiano Felicio is a Brazillian professional basketball player who plays in the National Basketball Association (NBA). As of 2018, Felício currently plays for the Chicago Bulls as their Center. He has played for other teams like Minas Tenis Clube, Flamengo, Canton Charge, Windy City Bulls.

Playing as a Center, Cristiano reportedly earns around $8,470,980 as his yearly salary from Chicago Bulls and has an estimated net worth of over around $20 million.

Cristiano Felício was born on July 7, 1992, in Pouso Alegre, Brazil to parents Angelo Felicio and Maria Lucia Correia Silva Felicio. As per his nationality, he is Brazillian and belongs to Black ethnic group. His star sign is Cancer.

He attended CCSE Prep Academy in Sacramento, California where he played for his high school basketball team.

After joining the 2015 NBA Summer League Chicago Bulls, he signed with the team on July 12, 2015. Using a flexible assignment rule, he was assigned to the Canton Charge, the Cleveland Cavaliers D - League affiliate on 31 December 2015. 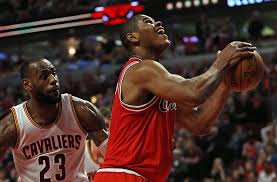 Felicia was recalled on 13 January by the Bulls, reassigned to Canton on 15 January, and again on 16 January. In a 118–102 win over the Brooklyn Nets, he recorded six points and a seasonal 10 rebound on 17 March. Two days later, Christiano began his first career, replacing the injured Pau Gasol in the 92–85 Bulls victory over Utah Jazz.

The Famous NBA star Felicio is 6 feet 10 inch in height and weighs around 120 kg. Cristiano is not only a world-class athlete but also a very attractive individual. Other than being a famous NBA Center, Cristiano is pretty famous in social media. He has 11.1k followers on Twitter and 73.1k followers on Instagram.

We dress up sometimes #happilyeverhalverson ????‍????

Felico has a happy family and his family supports him in the upliftment of his career.  Felicio is currently in a relationship with his girlfriend Ellie Kennedy. She is a native of San Francisco. Moreover, Ellie completed her graduation from the University of Wisconsin Alumna.

In addition to this Felicio is an animal lover.

In addition to this, Jabari Parker, Robin Lopez,  Antonio Blakeney are among the highest paid players of Chicago Bulls.