Cristian Penilla is a popular soccer player who is currently playing in the Major League Soccer (MLS) for the New England Revolution as their midfielder. Previously, he played for the ESPOLI, Deportivo Quito, Barcelona SC, Pachuca, and Chapecoense.

Cristian Penilla is also a member of the Ecuadorian national team and has made a satisfactory amount of net worth which is around $4 million. If you want to explore more details about his net worth, salary, and personal life, follow the article to the bottom.

How Much Is Cristian Penilla Salary and Net Worth? Know about his Career Earnings and Personal Assets

Cristina Penilla is a popular soccer player who plays for the New England Revolution as well as for the Ecuadorian national team so it is obvious that he has earned a lot of money and his net worth is estimated at around $4 million.

Talking about his club earnings, he is among the highest-paid members of the Revolution team as his annual base salary is around  $500,000.04 and his guaranteed salary is around  $550,000.04. Moreover, Peniila is receiving a weekly salary of around $10,577.

The endorsement deal is also the major source of income for soccer players and Cristian might also have signed an endorsement deal but he hasn't mentioned any details so far. Moreover, there aren't any information published regarding his personal assets.

Is Cristian Penilla Married or Single? Know about his Personal Life

Well, Cristian is a well-known soccer player who has been in limelight for his outstanding performance so it is obvious that his personal life is a matter of discussion to his fans. The people get curious to know about their star players relationship status. 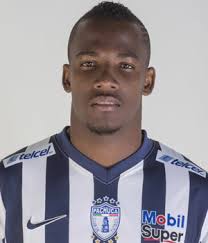 Cristina Penilla hasn't so far clearly mentioned about his current relationship status in the media so it is hard to know whether he is married or engaged. Moreover, he never shares details about his personal life so there aren't many details which claim that he is currently dating someone.

The facts about his probable spouse or girlfriend are still under review as he is very much secretive in nature and never talks about his love life in the media. Furthermore, he has kept his official social accounts to private which suggests that doesn't like to talk much about his love affairs with the general public.

Cristian Penilla was born as Cristian Anderson Penilla Caicedo on May 2, 1991, in Esmeraldas, Ecuador. He belongs to the mixed ethnicity and holds Ecuadorian nationality. Information regarding his parents, siblings and educational qualifications are still under review.

Cristian Penilla is a popular soccer player who is currently playing in the Major League Soccer (MLS) for the New England Revolution as their midfielder. Previously, he played for the ESPOLI, Deportivo Quito, Barcelona SC, Pachuca, and Chapecoense.

Apart from his club career, Cristian Penilla is also involved in his national team career as he is a member of the Ecuadorian national team.