Conner Williams is a rising American football player. He is currently playing in the National Football League for the Dallas Cowboys. Williams plays as an offensive guard for his team. Conner played his college football for the University of Texas.

Connor Williams was born on May 12, 1997, in Coppell, Texas. He is the son of Debbie Williams and her husband, Jimmy Williams. Connor has a brother named Dalton, who played football for the University of Akron. Williams's mother holds Mexican descent. Connor graduated from Coppell High School and enrolled at the University of Texas. Talking about his physical appearance, Williams stands six feet and five inches tall and weighs 135 kg.

Connor started playing football in middle school. He was part of the High School football team. The player played in three games as a right tackle in freshman year. In his sophomore year, Connor moved to tight end and again switched to left tackle at the end. Williams made it to the second-team 6A All-State and an All-district selection for his senior year. 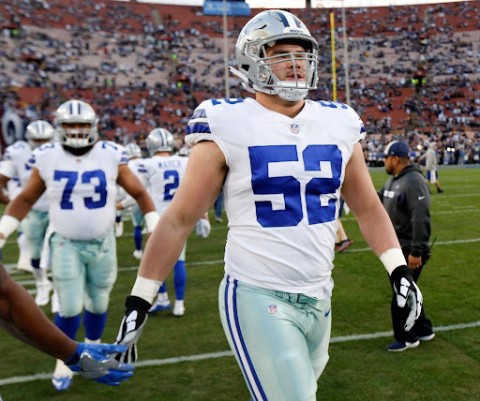 Connor plays in the NFL for the Dallas Cowboys SOURCE: Dallas Morning News

After graduating from High School, Connor received numerous scholarships and joined the University of Texas. Williams started in twelve games as a left tackle in his freshman year. Connor appeared in twelve games for his sophomore year and became the fourth sophomore in school history to receive first-team All-American honors. In his junior year, Williams suffered a left knee injury and announced his name of the 2019 NFL draft.

Dallas Cowboys drafted him in the second round overall 50th pick. He earned his NFL debut as a left guard and then played as a right guard at the end of the season. Williams started his 2019 season as a left guard but was placed on the injured reserve after suffering a torn ACL. Rumors of his transfer are hitting the market hard.

Connor is very much open about his relationship status. He is an active social media user, and following his timeline, we can be sure that Williams is engaged to his longtime girlfriend, Aubreay Kelley. The love birds got engaged in April 2021 while they were on vacation. They have not shared much about their first meeting instance. 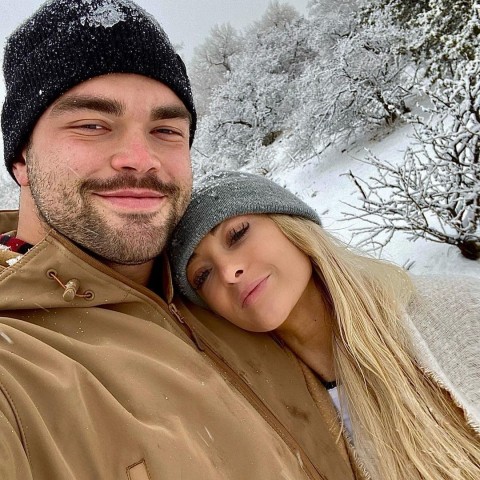 Connor shared about his engagement through a post in his Instagram timeline. Aubreay is a model and is attending the University of Hawaii. Both of them keep sharing each other's photos in their timelines regularly.

Connor Williams has an estimated net worth of more than $5 Million. He has earned most of his net worth through his career in the NFL with the Cowboys. In 2018, Williams signed a five-year contract with the franchise worth more than $7 Million. In his first year with the team, Connor took home a salary of $2,551,992, including his signing bonus and salary.

In 2019, Williams's salary decreased to $884,070. Last season, He received a salary of $1,3 Million. In the ongoing season, Connor has a $2.4 million salary and will receive a similar amount for the upcoming year.