Colt McCoy is an American football quarterback for the Washington Redskins of the National Football League. During his College days, he played college football for the University of Texas and was drafted in the third round of the 2010 NFL Draft by Cleveland Browns. He has also played one season for San Francisco 49ers in 2013. Currently, the famous Quarterback, McCoy is in contract with the Washington Redskins.

A footballer with a reported net worth of $9 million, Colt McCoy is married to Rachel Glandorf and has 2 children with her.

McCoy was born on September 5, 1986, in Hobbs, New Mexico, the United States to his parents Brad Mccoy and Debra Mccoy.

Further, he grew up with two of his siblings, Case McCoy, and Chance McCoy. Further, Colt McCoy is an American by his nationality and his ethnicity is white. His star sign is Virgo.

Colt McCoy is undoubtedly a world-class Quarterbacks. He went to Jim Ned High School in Tuscola, Texas and in early days, he was coached by his father. Other than being a great athlete, Colt McCoy was a very delightful student in his class. He was reportedly the best student throughout his high schooling period.

Also about NFL player: Kirk Cousins Bio, Personal Life, and the Net worth

Colt McCoy went to the University of Texas in Austin and was one of the elite Football athletes in his college days. Further, Colt McCoy played there for four years.

Talking about his professional football career, Colt McCoy was first drafted into the NFL in 2008, At the beginning of his career, he played for the Cleveland Browns for 2 years and in 2013, he was transferred to San Francisco 49ers. Since 2014, he has been associated with the Washington Redskins. 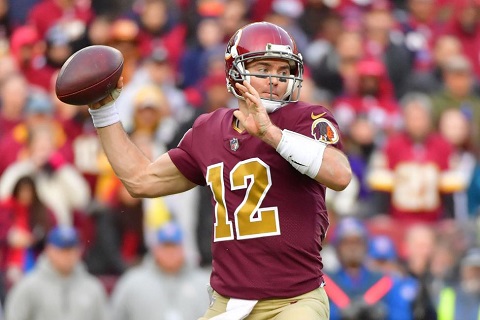 Colt McCoy is a married man, happily married to his girlfriend turned wife, Rachel Glandorf on 17th of July 2010. 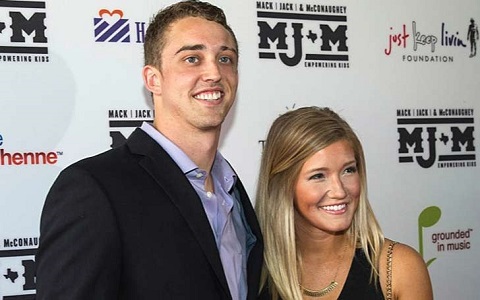 Reportedly, the couple had been dating each other for a long time and eventually were engaged to each other earlier in January 2010. Colt McCoy and his wife Rachel Glandorf are proud parents of two children; both daughters, Sloane and Brooke Lincoln.

Further, Rachel Glandorf and Colt McCoy's married life is going pretty well. They are happily parenting their children together. So far, the married couple is living free of any divorce or separation related rumors.

Colt McCoy Net worth and Salary

McCoy is an Austin, Texas resident and owns a beautiful house in Austin where he lives with his wife and two children.

In Net Worth: NFL Football Quarterback RG3 Net worth, Salary an Details of His Trades

Colt McCoy is 6 feet and 1 inch tall and weighs around 95 kgs.