Colleen Rowland is a celebrity spouse who gained widespread recognition as the wife of Aaron Ramsey, a professional football player who plays as a midfielder for Ligue 1 club Nice and the Wales national team.

Rowland appears to be a food blogger as she makes regular posts on her Instagram handle related to foods. Meanwhile, she got into the people's eyes after getting married to the professional footballer, Aaron. The lovely couple has been sharing the relationship of a husband and a wife since 2014.

What Is Colleen Rowland's Profession?

As said earlier, Rowland appears to be a food blogger. From her IG account, @colleen_ramsey, Rowland makes regular posts about different foods. Rowland makes different dishes and posts them on her Instagram handle.

So, it can be said that she is a food lover, and apart from that, Rowland is also a good housewife who takes good care of her family and husband in a good way.

Rowland's Net Worth Is in a Million Dollars

At the moment, the precise details of Rowland's job remain under review, but she is surely earning a decent profit. Rowland is pretty famous on Instagram, where she features her lifestyle. According to Sports Mob, the celebrity spouse is estimated to have a whopping net worth of around $2 million. 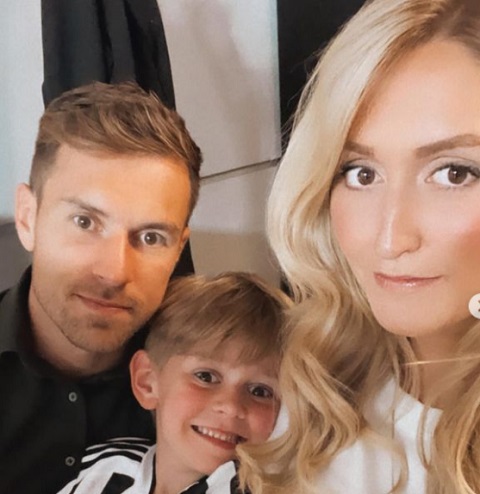 In the same way, Rowland lives a lavish life as her husband also preserved a massive fortune from his professional career as a footballer. According to Celebrity Net Worth, Ramsey enjoys a huge net worth of around $25 million.

He has been a part of many teams, and with them, Aaron had an impressive deal. So, the Ramsey couple lives a lavish life as both of them have earned a huge sum of money from their jobs.

Rowland and Ramsey have been married for more than seven years, and their marital bond is still strong. It is reported that the pair knew each other from their childhood as they both are from Wales and grew up in the same neighborhood in Caerphilly.

Rowland and Ramsey dated each other for many years before walking down the wedding aisle on June 8, 2014. The amazing wedding ceremony was held at Caldicot Castle, United Kingdom, in the presence of their family and close ones. Colleen Rowland is married to her husband SOURCE: Instagram @colleen_ramsey

Since then, they have been together, and they are also the parents of three children. The pair became parents for the first time when they welcomed a child named Sonny Ramsey in 2015. Later, the family of three was increased to five when Rowland gave birth to twins named Tomas and Teddy Ramsey.

The happy family of five lives together, and the footballer often posts images with his wife and kids on his Instagram account.

You May Read: Kerly Galeth Moreira

Colleen Rowland was born on September 02, 1990, in Wales, the United Kingdom, to her parents, James (father) and Maria Rowland (mother). Rowland holds Welsh nationality, just like her husband. Besides, Rowland also has a sister named Riana Rowland. 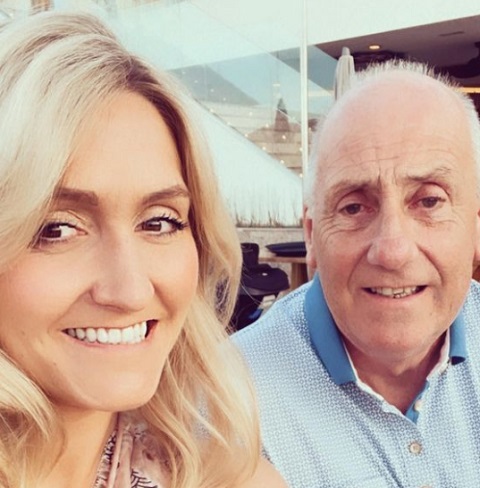 Regarding her educational background, Rowland went to the University of Wales after completing her high school education. Later, Rowland received a Bachelor of Arts degree. For your information, Rowland and her husband share four months of an age gap.