A Dutch defender and midfielder, Daley Blind currently plays for Netherlands national team and Eredivisie club Ajax. He is a multi-talented personality who can play as a defensive midfielder, left-back, or center-back. Currently, Blind wears jersey number 17 in his current club.

Apart from that, Blind is also recognized as the son of Danny Blind, a former Dutch international football player, and coach. Moreover, Blind has also earned some titles for his outstanding performances, including the Ajax Talent of the Future (Sjaak Swart Award) (2007-8).

Take A Look At Daley Blind's Net Worth 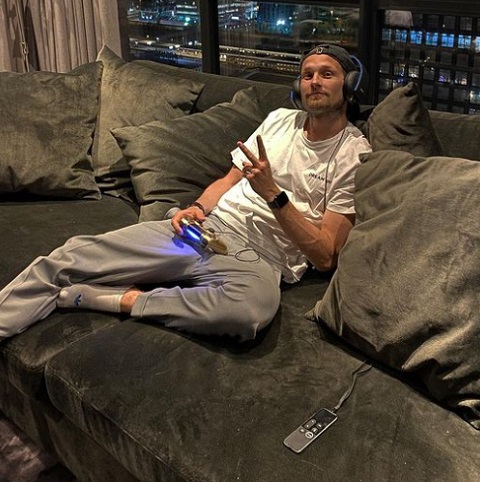 Likewise, Blind signed a deal with Ajax after receiving an agreement worth €16 million. Before that, he also played for Man United, and his contract with the team was €17.50 million.

He also receives good earnings for his product endorsement, Chevrolet. Apart from that, he also works with Adidas. He has a car, Chevrolet, which is worth around $12,685. He often was seen enjoying his holidays in expensive Wajer Yachts.

Love Life: Is Blind Married to a Wife?

Well, Blind is a married man, and he lives a happy life with his stunning wife, Candy-Rae Fleur. Daley and Candy-Rae dated each other for many years before taking their relationship to the next level.

The duo engaged in June 2018, and the footballer shared some moments on his Instagram handle. And the pair later married in 2019, but there is not much information about their wedding. 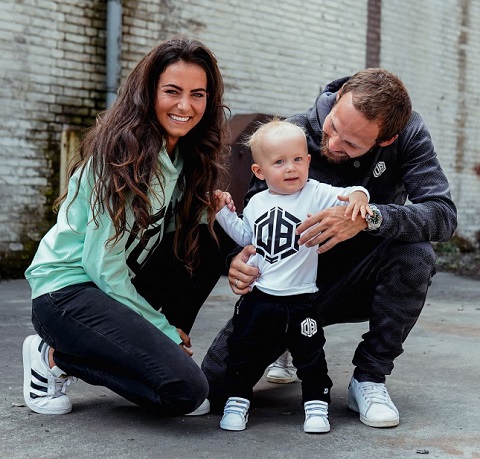 Daley Blind has a son with his wife  SOURCE: Instagram @blinddaley

On the other hand, Blind and Fleur have already started their own family. In October 2019, Blind and his wife became parents after welcoming a son named Lowen Dace Blind.

At the age of 5, Daley Blind began his football career, joining the youth team AFC in 1995. He then moved to Ajax in 1998. After ten years in a junior team, he was promoted to a senior squad Ajax in 2008 and made his official debut against FC Volendam.

His contract was extended in December 2008, keeping him in the club until June 2013.

With the transfer fee of € 500k, Blind was loaned to Groningen in 2010 for the 2009-10 season. Later, he returned to his former club, Ajax, after his loan contract expired. 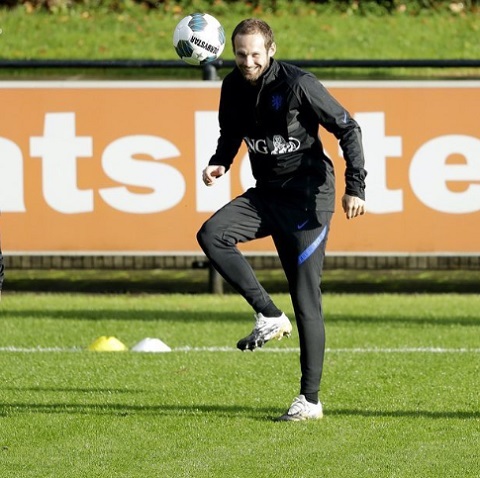 Daley Blind was signed by Manchester United on September 1, 2014, with a transfer fee of €17.50 million and his first match came after 13 days against Queens Park Rangers at Old Trafford. Later, he scored his first goal over West Bromwich Albion on October 20. For the club, he appeared in 90 matches and scored four goals.

Since July 17, 2018, Blind has been representing Ajax and has made over 120 game appearances for the team. His contract with the current squad expires on June 30, 2023.

Like many footballers, Blind is also listed in the senior team competing in the FIFA World Cup 2022. His current teammates are Tonny Vilhena, Matthijs de Ligt, Wesley Hoedt, etc.

Daley Blind was born in Amsterdam, Netherlands, on March 9, 1990. He was born to his father, Danny, a Dutch football player, and mother, Yvonne Blind, and grew up with his siblings, Zola and Frankie Blind. Daley Blind with his dad and child  SOURCE: Instagram @blinddaley

Not to mention, his dad, Danny, is a former footballer and coach who now serves as the assistant coach of the Netherlands national team. During his professional playing career, Danny played for clubs like Sparta, Rotterdam, and Ajax.