Coby White is a native American basketball player who plays in the National Basketball Association (NBA) for the Chicago Bulls. He was drafted by the Bulls in the 2019 NBA Draft in round one. He finished his collegiate career playing in the Atlantic Coast Conference for North Carolina Tar Heels as their shooting guard. Coby played high school basketball for the Greenfield School and was the top prep scorer in North Carolina history.

Is Coby White Single Or Has A Girlfriend? Know About His Girlfriend

Coby White might be currently single since he is 21 years old and also hasn't reported about his probable girlfriend on the media. White hasn't mentioned any details regarding his personal life and love affair on his official social accounts.

Coby focuses most of his time in basketball because basketball is his hobby and profession. Furthermore, there isn't much found about his personal life.

Moreover, while he was playing basketball for his University/College he lost his father and got very emotional since he loved his father very much. He said in one of his interviews with the USA Today about his father's death

“You’ve just got to live on,” White said. “Before every game, I pray and I talk to God every night before I go to sleep. Devoting my life to God has been a big part of it. He’s helped me a lot. It’s always going to be hard. It’s nothing you can ever get over. It’s always going to be in the back of my mind, but I know my dad is looking down on me. I know he’s with me all the time, everywhere I go. He’s with me in spirit.”

Coby White is a famous college basketball player with a height of 1.96 meters (6 feet 4 inches) and weighs around 84 kilograms (185 lbs). Currently, White is about 19 years old.

How Much Is Coby White's Net Worth And Salary?

Coby White was born to parents Bonita White and Donald White in Goldsboro, North Carolina on February 16, 2000. Coby is American by nationality and belongs to the mixed ethnic group. He spent his childhood along with his lovely sister. 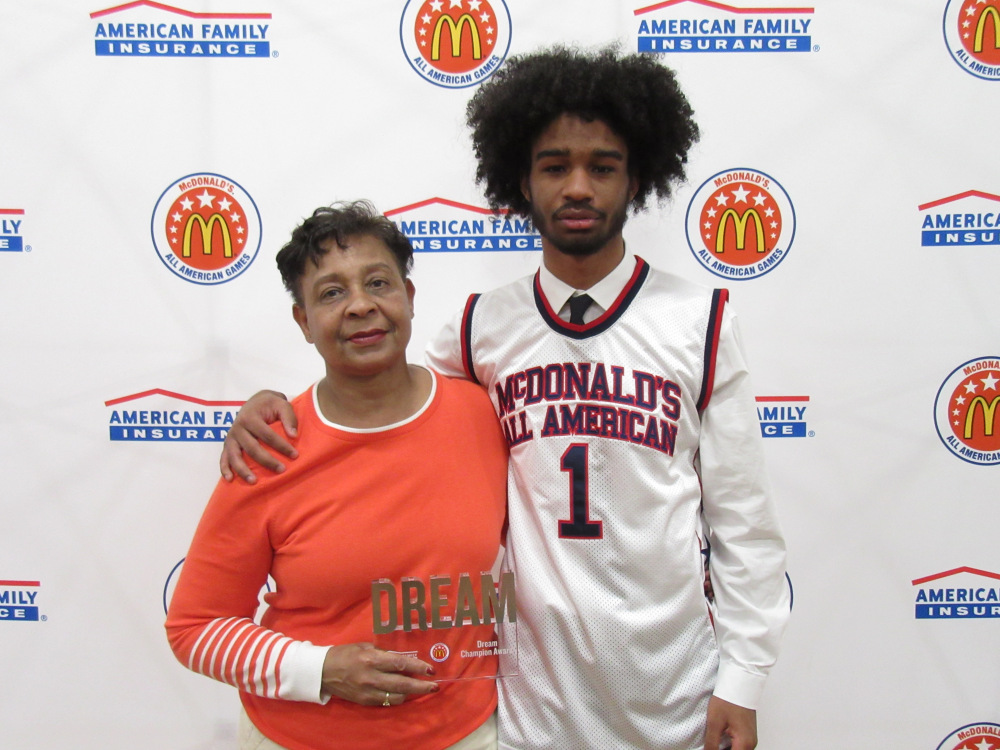 Coby White is playing basketball from his high school days and his professional career is discussed in detail below:

Coby White started his basketball career with the North Carolina University on November 8, 2017, and played his first game against Wofford in 2018. During his game against Syracuse, he led the Tar Heels to a 93–85 victory. scoring career-high 34 points.

Coby White was declared for the 2019 National Basketball Association on April 3, 2019. Besides him, some other players are also waiting for NBA draft including Romeo Langford.

During his winning game against Boston College, White broke the record of Michael Jorden scoring 459 points in North Carolina's all-time freshman scoring list.  Isaiah Hicks is among the NBA players who also played for the North Carolina basketball team.