Has Devon declared for the NBA Draft 2020? Why did he withdraw his name? Read his biography to know everything about him.

Devon Daniels Salary and Net worth

Devon Daniels initially showed interest for the NBA Draft but his name was not among the 163 college players list which is ne is no longer in the draft process. He will be attending NC State University where he gets scholarship and all the facilities but won't get any salary. 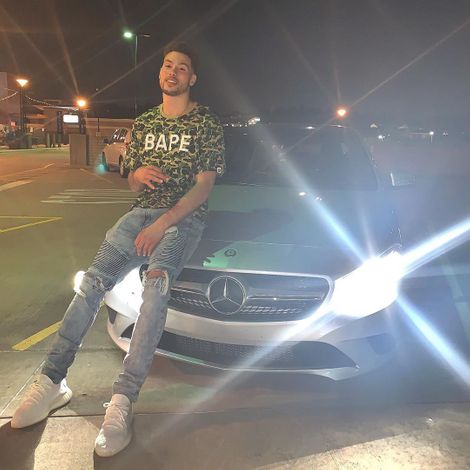 Devon might have withdrawn his name to practice more and sharpen his skills to come stronger in the next draft. He will have to wait one more year for the draft and sign a contract with the NBA team where he will earn millions in salary.

The shooting guard, who is still in his teenage, has not married. He could probably be in a relationship with his girlfriend as he is a top basketball player in his college and might have a huge fan following of girls. However, he hasn't disclosed anything related to his personal life. On his Instagram, he has shared some photos of himself but hasn't posted any photo with any girl.

As Daniel had first planned for the Draft, he might have been busy practicing for the NBA Draft but he has now withdrawn his name. He will have to train more for the next year. He will certainly reveal his girlfriend after he uplifts his career.

The college basketball guard is 6-foot-5 inches tall in height and weighs 190 pounds.

Devon Daniels was born on July 18, 1998, in Battle Creek, Michigan. He is 22 years old. He was born to father Pete Daniels and mother Tiffany Daniels and also has a sister named Darian Daniels. He holds an American nationality. His hobbies include collecting shoes.

The Wolfpacks guard first attended Kalamazoo Central and guided his team to a SMAC East title, averaging 16 points, six rebounds, and four assists per game. Devon was also named to MLive Kalamazoo Gazette Boys Basketball Dream Team. He then transferred to Justin Siena High School, where he played for Prolific Prep his senior season. He was a teammate with Josh Jackson who was the fourth pick of the 2017 NBA Draft.

The SG was rated a four-star prospect by Scout.com and ranked him the No. 16 player in the country at his position for 2016. Although having offers from DePaul, Drake, Kansas State, Minnesota, SMU, and UTEP, One of the top basketball recruits in Michigan, Devon was committed to Utah University where he played his freshman year teaming up with Josh Jackson and Miles Bridges. He then transferred to North Carolina State UIniversity where he played his freshman and sophomore season.