The very much professional Clint Bowyer is one of the highly adored names in the world of racing. He is an American stock car racing driver currently competing full-time in the Monster Energy NASCAR Cup Series, driving the No. 14 Ford Mustang for Stewart-Haas Racing.

Clint Bowyer was born on May 30, 1979, in Emporia Kansas. Clint Bowyer, he belongs to American nationality. His ethnicity is white. His astrological sign is Gemini.

Clint Bowyer Net Worth and Salary in 2020

Clint Bowyer has an estimated net worth of $40 million. He is ranked #10 in the Nascar’s Highest-Paid Drivers 2020, where Kyle Busch, Jimmie Johnson, and Denny Hamlin hit the 1st, 2nd, and 3rd position respectively. 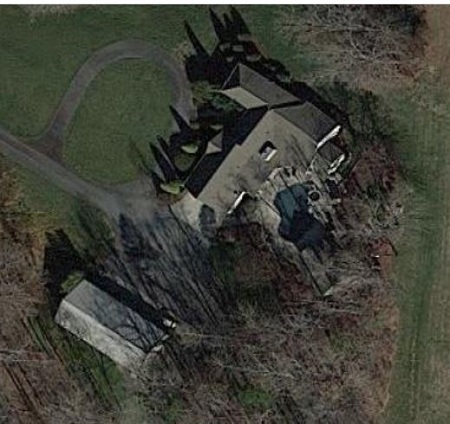 Furthermore, he owns a million-dollar house in Clemmons, North Carolina (NC), US.

He has thousands of fans on social networking sites. Moreover, detail info about his life and bio can be easily seen on Wiki and IMDb.

Clint Bowyer is married to wife, Lorra Bowyer. The couple exchanged wedding vows in 2014. Before tying the knot, the duo appeared to each other as boyfriend and girlfriend. They had a romantic relationship with each other. They also had some blissful moments. 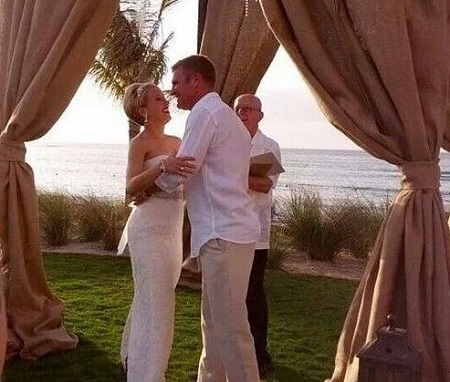 On October 1, 2014, Bowyer with his wife welcomed their first child, a son, Cash Aaron Bowyer. Further, their second child, a daughter, Presley Elizabeth, was born on December 9, 2016. 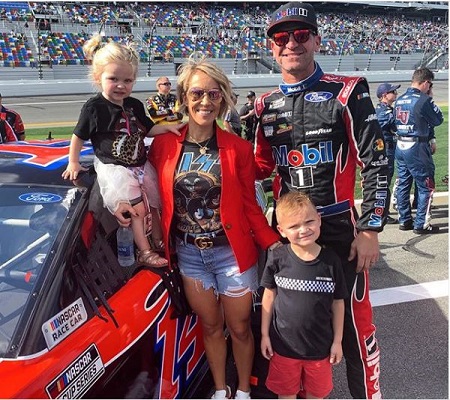 Currently, they both are happy in their relationship. There is no news published about their divorce or separation. Their beautiful relationship is depending on mutual trust and understanding. It seems they both are sharing strong love and affection with each other.

Clint Bowyer is philanthropic. He believes in charity and social work. He served to the needy and poor people by working through different charity and foundations. Game baseball gives delights to his eyes. He is a huge fan of the Kansas City Royals Baseball Team.

Clint Bowyer was born to Jana Bowyer and Chris Bowyer. He is not the single child of his parents. He also has siblings named Andy Bowyer and Casey Bowyer in his family.

From an early age, he was obsessed with racing. He started racing at the age of five in motocross. He has countless trophies and championships throughout his early years of career.

In the year 1996, he started racing street stocks at Thunderhill Speedway in Mayetta Kansas. He managed to win the Modified Championship in 2000. His career with NASCAR started in 2004. On April 23, 2005, he played his NEXTEL Cup debut match.

Since 2004, he has been serving as one of the prominent stock car racers. Apart from his racing career, Clint Bowyer he also made his appearances on Television.

He made his guest appearance on an episode of A&E’s Duck Dynasty. Later, he also became the co-hosts in an episode of Diners, Drive-ins, and Dives. His career stats are outstanding. Numerous awards and rewards have honored him.