Denny Hamlin was born on November 18, 1980, in Tampa, Florida. He is of American nationality. His ethnicity belongs to white. His birth sign is Scorpio. He is the son of Mary Lou Hamlin and Dennis Hamlin. He has never talked about his siblings. It seems like he is a single child of his parents.

Denny Hamlin NASCAR gets started in 2004. In 2004, he had shown his proficiency in five NASCAR Craftsman Truck Series (NCTS) races with EJP Racing. His first win came to him in 2006. He has countless accomplishments and achievements in his pockets.

He was also awarded by 2006 Nextel Cup Series Rookie of the Year. Due to his extraordinary performance, he manages to earn countless fans. One can go through his career stats. It is fruitful for upcoming players.

He is not married yet. He does not have any wife but is currently dating his girlfriend is Jordan Fish. They together have a daughter named “Taylor James Hamlin”. She was born on January 20, 2013. Further, they welcomed their second daughter. 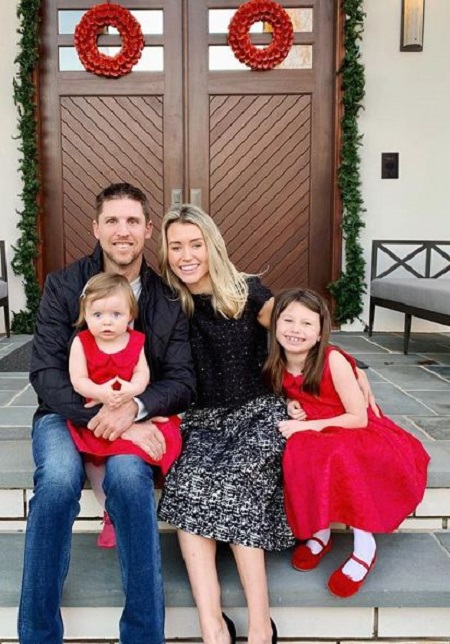 There are no rumors of the separation between the lovely couple. They share their love and relationship with each other.

In 2016, he made his appearance as a guest analyst for the Xfinity Series race at Talladega. While racing, he seems to wear a brand of FedEx, TOYOTA, Coca-Cola, SportClips, Hisense, SUNENERGY1, and Denny’s.

This astonishing racer has brought a fortune of salary. Denny Hamlin has an estimated net worth of around $65 million as of 2020. In 2015, he was the 5th highest paid NASCAR driver with total earnings of $15.1 million. He made $2 million from endorsement deals that year and $13.1 million from winnings.

In 2017, he was the 3rd highest earning driver with $15.2 million in total earnings. He made $13.4 million in winnings and salary and $1.8 million more from endorsement deals. Some of his major endorsement deals include Coca-Cola and Nike’s Jordan etc.

In 2018, he made $14.6 million earnings in total with $12.9 million from winnings and remaining from endorsement deals.

Besides his game and performance, he also has a great personality. He has a standard height of 6 feet. He looks fabulous when he decides to go shirtless. He is popular among his fans on social networking sites. Moreover, detail info about his life and bio can be taken from Wiki.