Vanessa Demopoulos is one of the sensational Ultimate Fighting Championship (UFC) fighter who is competing under the strawweight division. Turned professional in 2017, she extensively competed at LFA before UFC. She has compiled a record of 7-4-0 (win-loss-draw) as of January 2022. She goes by the ring name, "Lil Monster".

How Much Is Vanessa Demopoulos's Net Worth In 2022?

Vanessa Demopoulos is ranked #66 in the Current Best Female Strawweight in the world. The significant source of her income is MMA. However, the pay system in MMA is different. There is no fixed salary. MMA has guaranteed to pay no matter they win or lose. Further, there is various bonus such as the win bonus, the fight of the night and many others.

There is no report of Vanessa Demopoulos' love life in the media. She has kept her personal stuff far from the public. She is active on Instagram with 61.7k followers, however, she has not dropped any hint there. Her IG page is full of her exotic pictures and MMA. 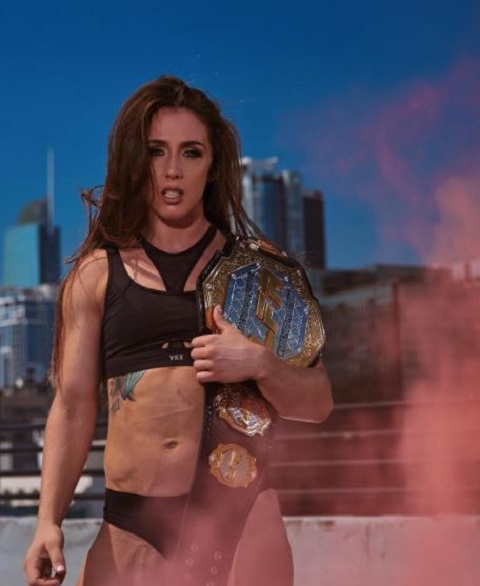 Seems like Vanessa prefers his private life behind the camera.

On 15th December 2017, Demopoulos made her professional debut at Iron Tiger Fight Series / Alliance MMA - IT Fight Series 79 against Emme Weber. She won the fight via submission in round one.

REbounding from lost, Demopoulos made her comeback the following year on 22nd March at LFA 62 - Kenney vs. Cachero where she defeated Valerie Soto.

She next faced Nadine Mandiau at LFA 69 - Perez vs. Moreno on 7th June 2019. She won the fight via submission in round one.

On 31st January 2020, she defeated Lovethpatra Young at  Young    LFA 81 - Emmers vs. Barbosa via unanimous decision. The next she won over was Sam Hughes at LFA 85 - Hughes vs. Demopoulos via submission. 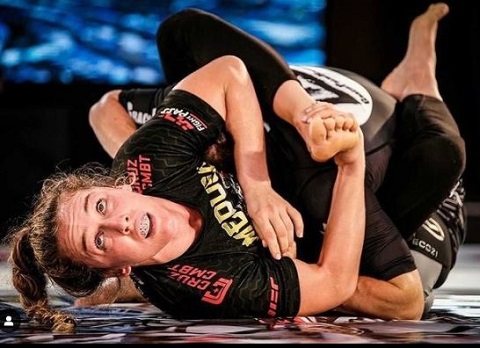 She then returned to LFA, picking a fight against Lupita Godinez at LFA 94 - Demopoulos vs. Godinez. She lost the fight via majority decision.

On 28th August 2021, Demopoulos made her UFC debut at UFC on ESPN 30 - Barboza vs. Chikadze where she was defeated by J.J. Aldrich via unanimous decision.

On 22nd January 2022, she defeated Silvana Gomez Juarez at UFC 270 - Ngannou vs. Gane via submission.