Christoph Baumgartner is an Austrian professional football player who mainly plays as a midfielder. He is currently signed with the Bundesliga club TSG 1899 Hoffenheim. He also has played for the Austria National Football team on several occasions.

Born in 1999, Christoph Baumgartner celebrates his birthday on the 1st of August every year. He is currently 21 years old. He hails from the suburbs of Horn, Austria. Likewise, his zodiac sign is Leo.

His father's name is Alfons Baumgartner, a retired footballer. However, there is no information available on his mother. Nonetheless, it is known that he has an older brother named Dominik Baumgartner. His brother is also a professional footballer currently signed to Wolfsberger AC.

As for his measurements, he stands at an average height of 5 feet 10 inches (1.78 meters).

Christoph Baumgartner began playing football at a young age, after being influenced by his father and older brother. In 2005, he joined the youth academy of his hometown club, SV Horn. He stayed there till 2012 and learned different tactics plus played for the club's youth teams.

In 2012, he joined the academy of AKA St. Pölten and followed the same routine that he did while he was in SV Horn. After five years, in 2017, he signed up to the youth academy of TSG 1899 Hoffenheim, aka, 1899 Hoffenheim.

On May 11, 2019, he made his debut for 1899 Hoffenheim's first team substituting Nadiem Amiri against Werder Bremen. Since then, Christoph has been showing his worth and has impressed many people. As of this writing, he has made a total of 71 appearances and scored 16 goals for the club.

Now that the 2020-21 season has ended and the transfer window has opened, it is speculated that Liverpool F.C., led by Jürgen Klopp, is eyeing to sign Christoph Baumgartner. If the rumors turn to be true and Liverpool signs him, Christoph will play alongside some experienced players such as Mohamed Salah, Virgil van Dijk. Alisson Becker, and others. His most recent appearance with the Austria national team came on June 17, 2021, when Austria faced Netherlands in the UEFA Euro 2020. Austria is set to face Ukraine in their next match of Euro 2020. As of this writing, he has made 12 senior team appearances and has scored 3 goals.

The Austrian footballer has had an illustrious career that has directly influenced his career earnings. As per salaryreport.com, it is reported that he earns a total salary of  £8,400 per week, £436,800 per year playing for 1899 Hoffenheim. His current contract with the club expires on Jun 30, 2025.

Likewise, his current market value is €22 million, as per transfermarkt.com. Christoph also earns a health sum from his sponsorship deal with Adidas Sports. He is represented by GRASS IS GREEN management company. Due to his healthy earnings, he can be seen going on vacations to different places like Dubai. 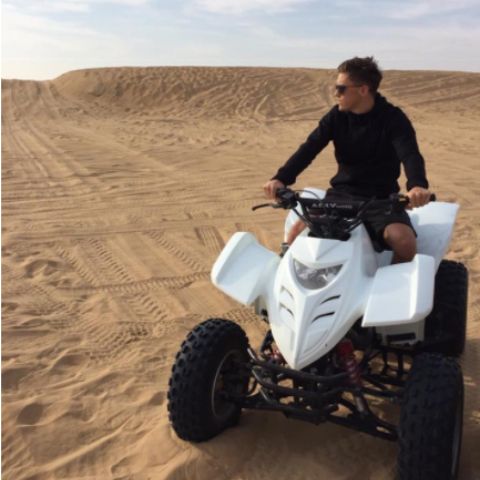 As the footballer earns a healthy sum, it must be sure that he has invested it in some long-term field or has bought real-states (houses, properties, farms, etc.) or vehicles. However, he has chosen to keep those details private.

Considering all of that, it is pretty sure that he must have accumulated remarkable net worth. Well, reports suggest that Christoph Baumgartner has a net worth of £1,080,560, which is almost $1.5 million.

Christoph is currently in a blissful relationship with his long-time girlfriend. However, the footballer has kept the details of his partner up to himself only. Nonetheless, as per his Instagram posts, it is known that his girlfriend goes by the username @saandyso on Instagram.

Not much information was grabbed through Christoph's girlfriend's Instagram handle as she has kept it in private mode. Despite all the privacy, it is found that the two's first appearance as a couple on Christoph's Instagram goes way back to 2018. 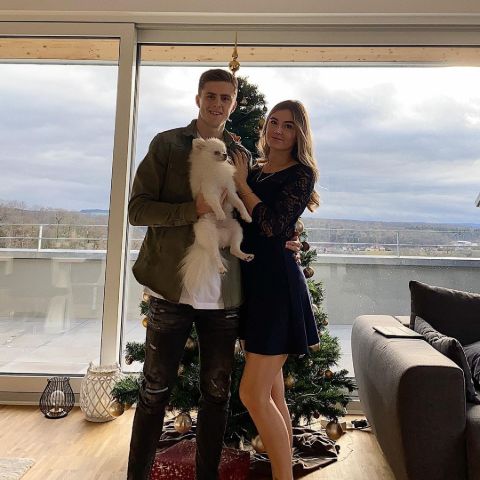 So, they might have been dating even before that period. The Austrian footballer usually shares pictures alongside his beau and loves to go on long vacations with her, which is evident by these Instagram pictures. Going by that, it seems that the girlfriend-boyfriend duo has a strong bond.