Christine Arians is a popular WAG, known as the wife of an American football coach, Bruce Arians who is the head coach of the Tampa Bay Buccaneers of the National Football League (NFL). Besides, Christine is a Director of the Arians Family Foundation (AFF). supports several CASA programs, including several for which I worked and/ or volunteered.

A native of Pennsylvania, Christine A. Arians was born on 15th February 1952, under the star sign Aquarius. She holds an American nationality and is of white ethnic background.

Happily Married To Bruce Arians; Who is her Husband?

Christine and Bruce have known each other since they were 14. They were in the same grade, the same homeroom. They did not talk to each other the whole first year. Bruce was a three-sport star in high school. She was a cheerleader, at least through junior high. They followed each other to Virginia Tech. The couple tied the knot in June 1971, during Coach Arians’ freshman year at Virginia Tech. 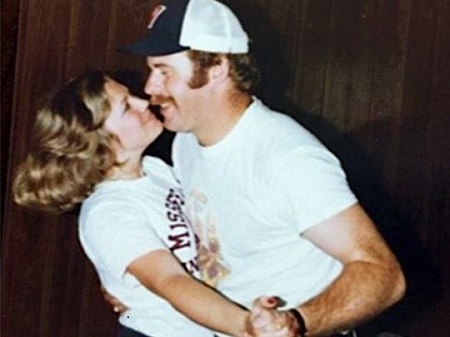 The five decades of togetherness has made their relationship an inspiration and goals to the married couple out there. In an interview with York Dispatch, Christine Arians said:

"I can tell you that first kiss. That would have been a sophomore year after a football game. My friend Joan's house had an alley behind it. I stood on a cinder block because I'm a lot shorter than him. But that first kiss was memorable. We still remember that first kiss."

Christine and her husband welcomed their son Jake on January 26, 1978. Their daughter, Kristi Anne was born on December 15, 1980. Jake Arians is a former placekicker for Alabama-Birmingham; field goal kicker for the Buffalo Bills in 2001. Further, he is married to Traci and has one pretty daughter named Presley Arians. 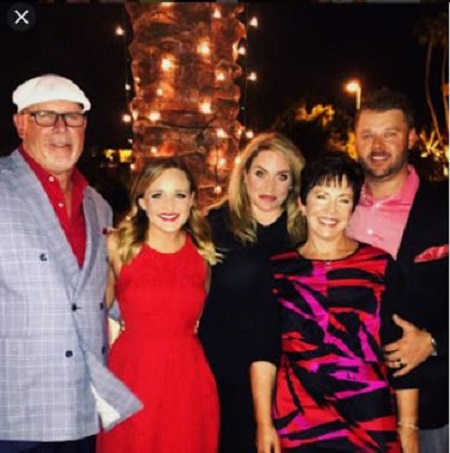 Likewise, daughter Kristi enrolled at Hoover High School and Arizona State University. As per the source, she is currently an intern at the NFL Network. Further, she holds a master of science in Interior design from the University of Alabama (2004). Kristi married Blake Freeman on February 7, 2015, in Birmingham, Alabama.

Christine Arians share a tremendous net worth of $10 million with her husband, Bruce Arians who has an annual salary of $5 million from the Tampa Bay Buccaneers as of 2020. Earlier, he served as the head coach of the Arizona Cardinals from 2013 to 2017, and also was an offensive coordinator for the Cleveland Browns, Pittsburgh Steelers, and Indianapolis Colts. Also, he coached at the college level, working as head coach at Temple and as an assistant at Mississippi State and Alabama.

In 1971, Christine graduated from Temple High School. In 1978, she earned her bachelor's degree in biology from Virginia Polytechnic and State University. Similarly, she earned her Juris Doctor of Law from Temple Univesity - James E. Beasley School of Law.