Christian Gunter is a well-known German professional soccer player competing in the Bundesliga. He plays as a left-back for SC Freiburg and the German national football. Moreover, Gunter, a German youth international, was selected for the German senior squad on May 19, 2021. For your information, he is also the SC youth academy product.

Christian Gunter, that defender for SC Freiburg, was born on February 28, 1993, in Villingen-Schwenningten, Germany. The left-footed star sign is Pisces. Notably, he represents himself by wearing jersey number 30 on his club jersey. The defender possesses a height of  6 feet and weighs 81 kg. Notably, apart from his, there is no information on his ealry life and family background.

Who is Christian Gunter's Spouse? Children And Wife

Besides being a prudent soccer player, Christian Gunter is also known to be a very romantic and caring husband to his spouse Katrin Gunter. It is to be noted Katrin is a cancer survivor. The love birds let his fans sneak into their love via their Instagram handles, where they share the traveling and enjoyable moments snaps. Notably, they exchanged their wedding vow in September 2021. Not only that, but he is also a protected dad of his daughter, whose identity is still unknown., His lucky charm daughter has added more happiness and meaning to the Gunter family.

Christian has an emotional attachment with the SC Freiburg. He has been part of the team since 2012, i.e., over a decade. Gunter is an SC football academy graduate who started his professional footballing journey in 2012 with the same team. Indeed, he is also the captain of the team. His tranquility and leadership traits have been very fruitful for the team.

So far, he has registered a total of 315 matches with six goals to his tally for the team. There is no doubt about the Christian values and essentials of the club.

How Much Is His Net Worth? Annual Salary and Market Value

The German international Christain is one of the well-established soccer players from Germany. His contributions and dedication to soccer make him well-respected by fans. He has played just for SC Freiburg in his active career. So playing at Freiburg, he allegedly makes an annual income of £832,000 and £16,000 weekly. Moreover, he is also one of the wealthiest German footballers of the meantime. In an early year in 2014, he made £676,000, and £378,000 in 2016. For your information, Gunter is among the players who have earned his salaries in six-figure since 2014. 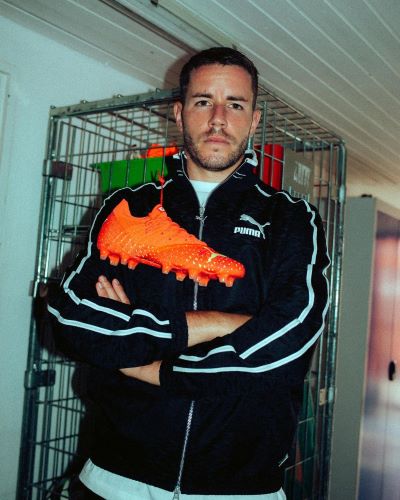 Gunter's reportedly net worth claimed by Salary Sport is $3 Million, including all his assets. In addition to that, he is linked with Puma Football. He often advertises its product on his Instagram handle. Further, his worth is trending at €10 Million in the transfer market. Notably, his highest was €12 Million back in 2019.