Chris Kielsmeier is the Head Coach of the Women's Basketball Team of the Cleveland State University Vikings. For his collegiate year, he attended Iowa State University. In recent reports, he is one of the individuals who has been infected with the coronavirus.

Want to know more about Kielsmeier? How much does a coach earn annually? What happened to Chris after being infected with Covid-19?

Chris Kielsmeier Net worth 2020; How much does he earn from Coaching?

The Coach for the Vikings started his career as an intern with the Women's basketball program. He was then an assistant coach for a single season at Howard Payne University before becoming the Head coach for the same in the year 2000.

After spending 9 years at Howard Payne University, he became the head coach of the Wayne State where he spent 10 seasons with the Wildcats. Currently, he is the head coach for the Cleveland State University since 2018 after Kate Peterson Abiad resigned at the end of the 2018 season. 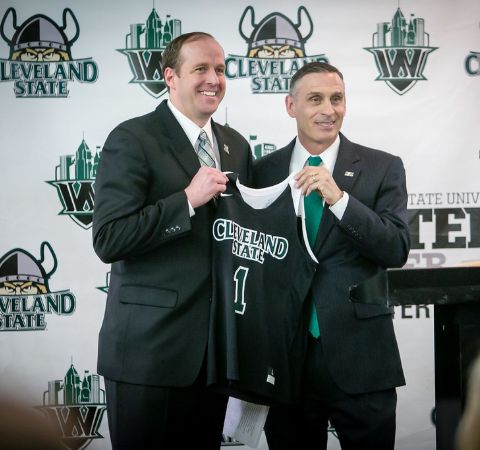 The Iowa State Alumni has earned his entire fortune from his coaching career. As a head coach with decades of experience, he would have earned an incredible amount of money from his experience. The average salary of a head coach is $53000 according to the reports from glassdoor.

Chris has served more than 2 decades of his life to professional coaching which will certainly mean, he has earned a worthy sum from his profession. From all of his income, he has an estimated net worth of $500,000. Nick Saben is one of the highest-earning coaches in the industry with a salary of $8.6 million dollars.

Chris Kielsmeier has been recently infected with the deadly coronavirus. Cleveland State president Harlan Sands revealed the news in an interview and said:

“We appreciate Chris doing the right thing by staying home and alerting us as soon as he started feeling ill, His actions were helpful in limiting exposure to the CSU community”

According to the New York Times, there are a total of 2700 cases of the corona across the country and 26 cases in the Ohio State. Previous cases include Utah Jazz Player Rudy Gobert and Donovan Mitchell. However, according to his latest statement, he is beginning to feel better and looks forward to getting to 100 percent.