Chris Duarte is a rising Dominican College basketball player. He is playing in the Pac-12 Conference for the University of Oregon men's basketball team, Oregon Ducks. Duarte played in the same league with Northwest Florida State University from 2017 until 2019. Chris was named to the Pac-12 All-Defensive team of 2021 and First-team All Pac-12.

Chris Duarte was born Christopher Theoret Duarte on June 13, 1997, in Puerto Rico, Dominican Republic. He is the only child born to Ana Luisa and her former husband. His parents separated soon after his birth. Shortly after the divorce,his mother Ana married Leonardo Duarte. After graduating from Redemption Christian Academy, he enrolled at Northwest Florida State University.

Chris started playing basketball at the age of thirteen. His family moved to New York, and he followed them where he studied his junior and senior years. He participated in the 2017 Jordan Brand Classic Regional Game. Duarte was ranked the fifth-best player in New York at the end of High School. Several universities approached him with scholarships but shortlisted him to play for Western Kentucky.

Chris moved to Northwest Florida State College and played for the college's basketball team, to everyone's surprise. Duarte averaged 12.1 points in his freshman year, 6.7 rebounds, and two steals in 23.3 minutes per game. At the end of the season, He earned first-team All-Panhandle Conference honors and helping his team reach the Elite Eight round of the NJCAA Division I Championship.

Before beginning his sophomore year, Chris announced joining Oregon Univerisity for his Junior year. He averaged 19 points, 7.1 rebounds, and 2.5 assists per game in his sophomore year. Duarte was named Panhandle Player of the Year by both the media and coach's vote. Chris then moved to Oregon and made his debut against Fresno State. He was named Pac-12 Conference Player of the Week. The basketball player finished the season averaging 12.9 points, 5.6 rebounds, and 1.7 steals per game.

Father of A Son

Yes, You read that right. Duarte, at the age of 24, is a proud father of a son. Duarte is involved in a romantic relationship with their longtime girlfriend, Sylvina Velazquez. The love birds have been dating each other for more than three years. The love birds first opened about their relationship in May 2019. 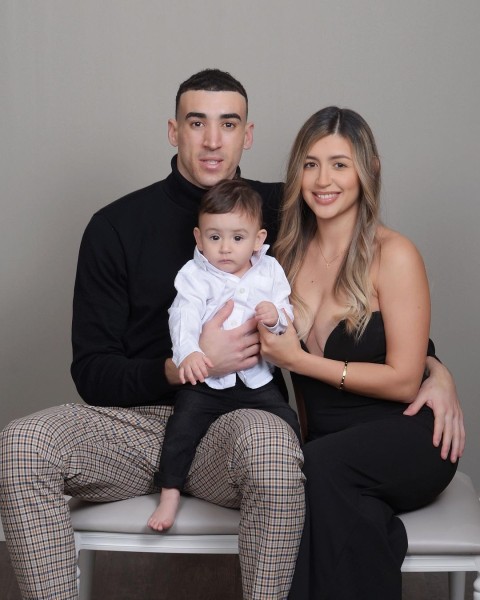 Chris shares a photo with his wife and son SOURCE: [email protected]

In September 2019, the duo revealed about expecting a baby together. The following month, they had a baby shower, and it was a baby boy. In February 2020, Sylvia and Chris welcomed their first child, Christopher Jr. The family of three is living a happy life. Chris spends most of his free time with his son and his family.

Chris Duarte is very much early in his career. He shall be earning millions from his contract in the upcoming days. Many experts pick him for the upcoming 2021 NBA draft and Sharife Cooper and Greg Brown in the overall Round Pick. 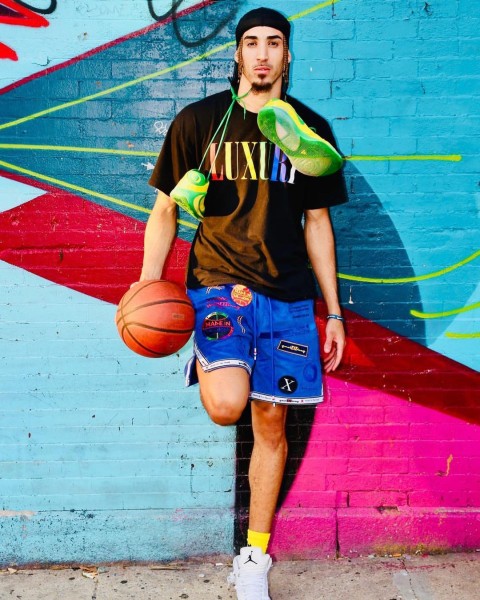 However, Chris is yet to give final decisions about the NBA draft. He was recently awarded the AP PAC-12 Player of the Year award. Many big franchises are keeping an eye on him.