Chris Doering is an American former professional football player who was a wide receiver in the National Football League (NFL) for seven seasons during the 1990s and 2000s. He played professional football for the Indianapolis Colts, the Denver Broncos, the Washington Redskins, and the Pittsburgh Steelers of the NFL. Currently, he is the owner of Chris Doering Mortgage as well as a color analyst for SEC Network/ESPN/Westwood One Radio.

Christopher Paul Doering was born on May 19, 1973, in Gainesville, Florida to parents Paul Doering. As per his nationality, he is American. Further, his star sign is Taurus.

The Jacksonville Jaguars selected Chris Doering in the sixth round (185th pick overall) of the 1996 NFL Draft. However, the Jaguars traded him to the Indianapolis Colts before the start of the 1996 season. He played for the Colts in three games in two seasons (1996–1997) but saw only little action. The Colts waived him February 1998 and the Cincinnati Bengals signed Doering a week later. However, they waived him before the 1998 regular season began. 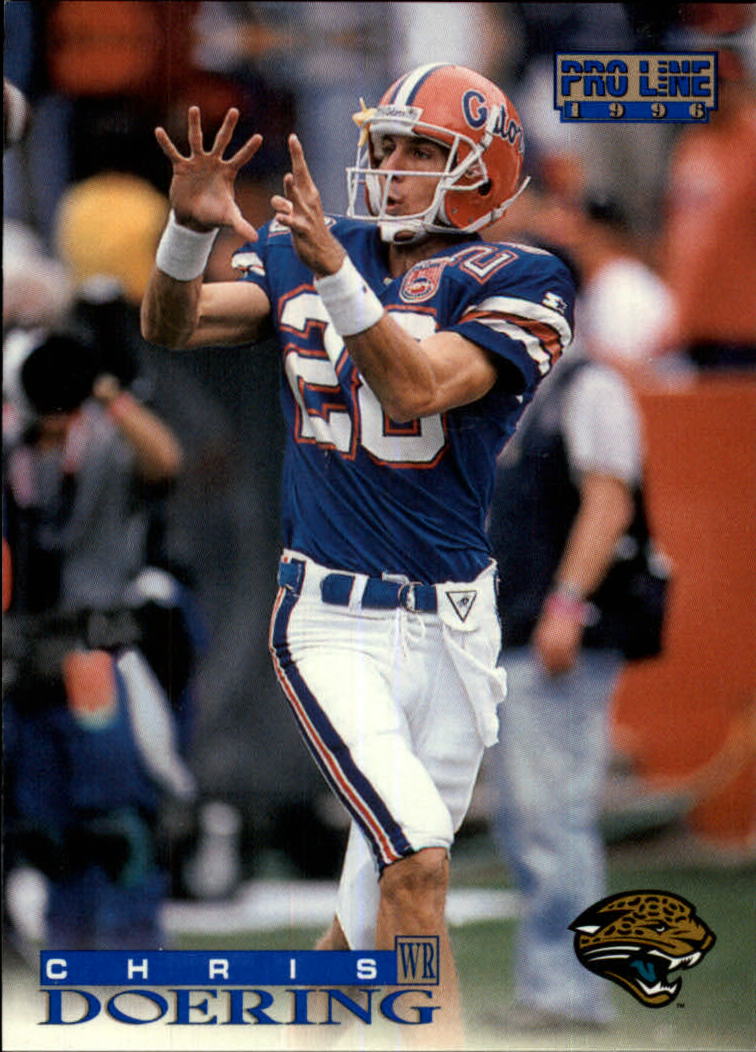 In 1999, Doering signed with the Denver Broncos and played in three games. The Washington Redskins signed him as a free agent in 2002 and he appeared in fifteen games. In 2003, the Pittsburgh Steelers signed him and he played in nineteen games through 2004, with eighteen catches for 240 yards and a touchdown. 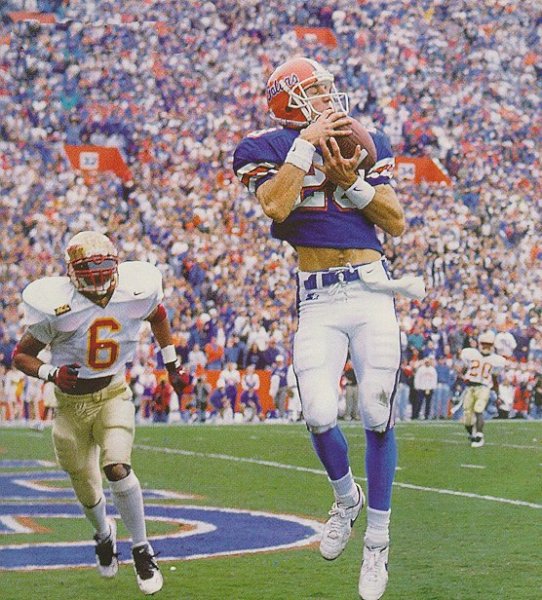 Currently, Doering works as the co-host on a sports radio talk show called "The Sports Fix" along with  Adam Reardon and also broadcasts on ESPN Radio AM 900 and AM 1230 in Gainesville and Ocala, Florida. Further, he operates and is president of a home loan mortgage brokerage in Gainesville. He also acts as an occasional sideline reporter for Westwood One football coverage and is also a co-host for the SEC Network.

Chris Doering is married to his wife Tiffany Dee Hall and has two children with her. He met his now-wife Tiffany at P.K. Yonge High School but began dating her when they joined the University of Florida. Tiffany was a sister of one of his friends and first met each other through him.

Missing being with my family on Father's Day. Thank you to my wife for making me a dad and my kids for making me daddy. Love you guys!

She was a sociology major student. The couple got married after some years of relationship in July 1998.

The couple is blessed with two children; a daughter named Taylor, age 16, and a son named Tyson, age 14. Chris often spends his time with his family and during his weekends, he visits with son’s and daughter’s volleyball, basketball or lacrosse travel teams.

Quite a contrast from the city to the Hamptons. Beautiful weather to enjoy Father's Day with @taylor.cd, @tyson._.doering and @ericvillency.

He owns two dogs named Baxter and Bentle. They live with their two children in Gainesville, Florida.

Chris Doering seems to be the kind of person who likes to keep personal life secret. His Twitter page shows that he is more focused in his career.

Chris Doering's Salary and Net Worth

As of 2018, Christopher Paul Doering has an estimated net worth of over $20 million dollars. Further, he has an average salary of $42,865 dollars annually. Recently in 2018, he signed a multiyear contract extension with the SEC Network but the details about the contract were not revealed.

One of the best to ever play the game! Going against @thechampbailey was nothing nice. Enjoyed being on the same team much more!

Other than being a famous former football player and a color analyst, Christopher Paul Doering is pretty famous in social media. He has 10.5k followers on Twitter.

Facts and stats of Chris Doering

Christopher Paul Doering was not only a world-class athlete but also has a very attractive individual. The famous NFL star is 6 feet 4 inches in height and weighs around 91 kg.