Marietta, Georgia native, Chris Beard was born on 18th February 1973, under the star sign Aquarius. The forty-eight years old holds an American nationality and is of white ethnic background.

Beard signed a contract worth $5 million annually with Texas as their head coach for the next seven seasons through March 2028.

Beard’s contract benefits him to make up to $850,000 total in performance bonuses with two dealer cars, 20 hours of private airplane use, athletic game tickets, as well as a one-time payment of $250,000 as a moving allowance.

The deals also pay Texas Tech, Beard’s previous school, a one-time payment of $4 million to buy out his contract with the Red Raiders.

At Texas Tech he had an annual salary of $4.5 million per annum.

Beard is in a relationship with another coach, Randi Trew, the head coach at Frenship High School. She is a former Texas Tech volleyball player.

In 2019, Trew took to Twitter to announce their engagement, saying ”We don’t have a wedding date yet, but I’m pretty sure it won’t be in March." The couple started dating in 2017. 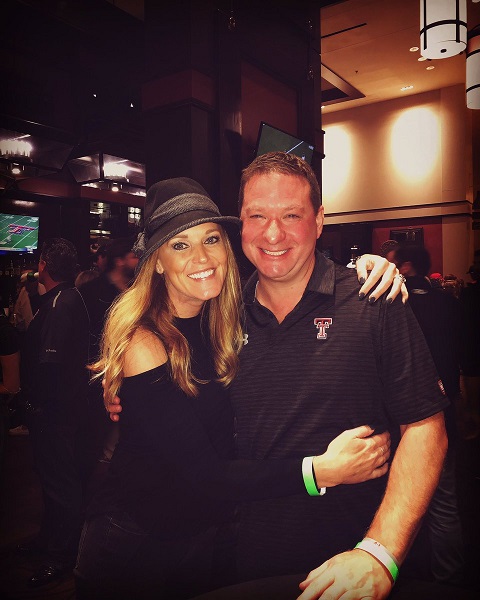 Trew frequently posts photos of the couple and compliments Beard on social media.

Beard has three daughters from a previous relationship.

In 1999, Beard was hired as head coach at Fort Scott Community College. There he led the team to a 19–12 record and its first winning season in 8 years.

In 2001, Beard was hired as an assistant and later associate head coach at Texas Tech.

In 2011, Beard became the head coach for the South Carolina Warriors of the American Basketball Association.

He then joined McMurry University in Abilene, Texas where he served one year.