Bradley Robert Brownell a.k.a. Brad Brownell is an American college basketball coach who is currently standing as the head coach at Clemson University, a position he held since 2010. 2× CAA Coach of the Year had the same role at Wright State (2005-2010) and UNC Wilmington (2002-2005).

Evansville, Indiana native, Brad Brownell was born on 15th November 1958, under the star sign Scorpio. The son of Genevieve Brownell and Robert Brownell, he holds an American nationality and belongs to a white ethnic background. A former player, he finished his high school career at William Henry Harrison High School and then DePauw University, graduating in 1991.

How Much Is Brad Brownell Net Worth In 2021? Salary & Contract

Brad Brownell is currently under a six-year contract worth $15 million with Clemson which he signed on 19th July 2018. The deal will keep him until 2024. As reported, his average pay increases to $2.5 million per annum. Earlier, the coach was scheduled to receive $1.9 million this season before that bumped up to $2 million for each of the final two seasons of his old deal.

He is currently ranked #52 in the pay list where Kentucky's John Calipari hit the 1st position with an annual salary of $8,095,800.

Besides salary, the head coach enjoys a performance incentive which is listed below.

Brad Brownell's Wife: Is He Married?

Brad Brownell is married for a long time now. He tied the knot with Paula who he met around the time he transferred to DePauw University. His wife, Paula, born Paula Ann Dingmann was born on June 26, 1969, in Indiana. 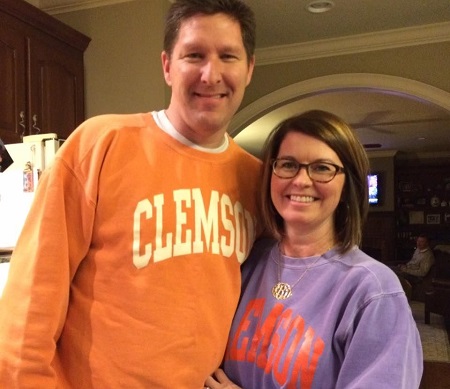 Today the couple is blessed with two daughters; Clemson student Abby and Kate, a junior in high school as reported.

Journey From Assistant To Head Coach