Che Adams is a well-established English professional football player. He has been playing professional football for almost a decade. Che plays as a forward for the Premier League club Southampton and represents Scotland for the national team. Adams started his early international career with England but later moved to Scotland.

Che Adams was born Che Zach Everton Fred Adams on July 13, 1996, in Leicester City. He has successfully kept his early life information and his parents under the radar. His father is from Antigua, and he was invited to join the Antigua and Barbuda squad for Caribbean Cup. Adams stands five feet and nine inches tall and weighs 70 kg.

Che started his youth career from a very early age playing for the Highfield Rangers. After playing with the team for some years, He moved to Coventry City's youth club and then played for seven seasons until 2010. Adams then played youth football for Leicester club St Andrews before joining Oadby Town in 2012.

In 2012, Adams made his professional debut with Oadby Town's team. He played with the team until 2013, playing in thirty-three games. Che moved to the Ilkeston academy team and helped their team win their Football Conference Youth Alliance section and reach the second round of the 2013–14 FA Youth Cup. In November 2014, Sheffield United signed him for a two-year contract with an undisclosed fee.

At the end of the 2016 season, Birmingham City signed Che Adams for a three-year contract with the club. The player appeared in 116 games for the club in the next three seasons and scored thirty-four goals. He won the club's Young Player of the Season award. In July 2019, Andrew moved to Southampton for a fee reported to be £15 million for a five-year contract. Since joining the team, He has appeared in sixty-five games and scored thirteen goals.

Adams represented the England U20 team in 2015. In March 2021, Che committed to play for the Scotland national team and was soon called for the 2022 World Cup qualifiers game.

Che Adams is dating his longtime girlfriend, Amelia Kate. The duo has been together for more than three years. Che first shared a photo and his girlfriend with the caption "Happy birthday to the other half." However, It's been more than two years last he posted a picture with her. 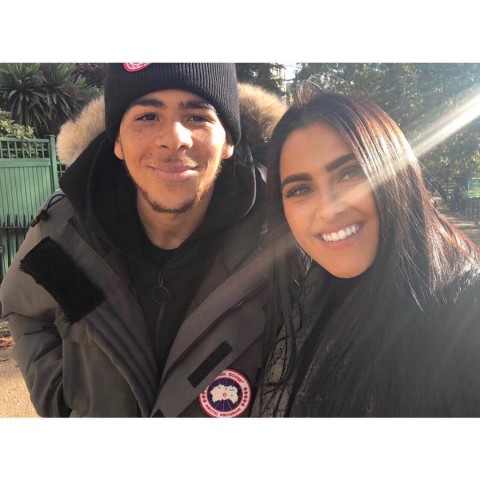 Che along with his girlfriend, Amelia SOURCE: [email protected]

None of them have shared a word about their relationship status. Also, There have been no rumors of the football player spotted with his girlfriend in public.

Che Adams has an estimated net worth of more than $15 Million. Adams has been making most of his net worth through his salary, contract, and sponsorship deal with Adidas. As per sources, Adams earns £52,000 per week, £2,704,000 per year playing for Southampton. He is among the highest-paid currently playing in the team. Che is very much early in his career and shall be making millions in the future.