Regarding his love life, he is currently dating his girlfriend, Jewel.

Salary & Net Worth of Charlie Whitehurst in 2020

Charlie Whitehurst has an estimated net worth of $8 million, mostly earned through his NFL career. Throughout his 11 seasons in the NFL, the hunk summoned  $17,546,823 as his career earning.

Since his retirement, there is no news regarding his involvement in other professions. Scrolling through his socials, it seems that he is enjoying his life roaming around world mesmerizing places.

Personal Life of Charlie Whitehurst; Who is his Girlfriend?

Charlie Whitehurst is not married. He does not have a wife. Currently, he is in an affair with a popular American celeb. He is dating Jewel who is an American singer and songwriter and also wins Grammy Awards for his professional achievements.

It is about several years of their relationship and they are doing pretty well. They have not planned their marriage. However, in the future, they may go for it. 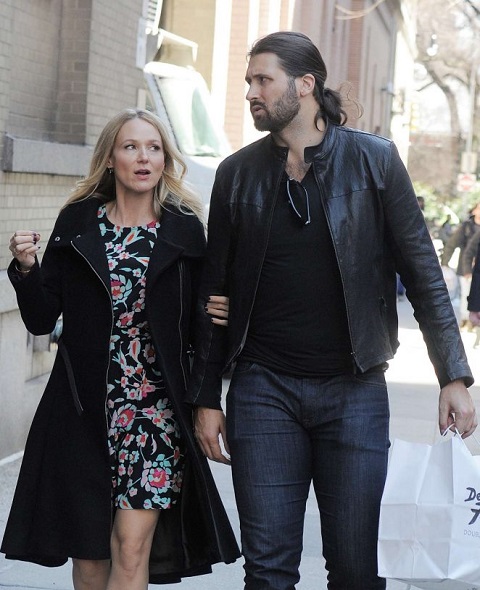 Before dating Charlie, Jewel was the wife of rodeo cowboy Ty Murray. They separated in 2014. She has a 5-year son from his previous relationship.

Charlie Whitehurst born as Charles David Whitehurst, Jr. on August 6, 1982, and this makes his age 34 years at this time. His place of birth was Green Bay, Wisconsin. He is American. His ethnicity is white. His star sign is Leo. He attended Chattahoochee High School where he lettered in football and baseball.

Charlie Whitehurst followed his father's footsteps to get success in his life. His father was a great football player of his time. He played quarterback for Green Bay Packers from 1977 to 1983 and the Kansas City Chiefs in 1984. Charlie Sister played basketball for Clemson’s Tigers women basketball team. Truly he is a superstar in his professional career. His professional achievement is incredible.

Upon successfully completing high school graduation, Charlie Whitehurst joined Clemson and he becomes the first quarterback to go 4-0 in the competition between Clemson and the University of South Carolina. At Clemson, he made several records on his name.

Charlie Whitehurst's professional career left behind his college stats. He started his professional NFL career with San Diego Chargers. He made his debut against the Tennessee Titans. On March 17, 2010, the Seattle Seahawks picked him where he played for four seasons.

On March 13, 2014, he agreed to a two-year contract with the Tennessee Titans. He replaced Ryan Fitzpatrick. On Sep 19, 2016, Cleveland Browns, he was assigned by Cleveland Browns. He made his debut for Browns against the New England Patriots. While playing with Browns, he suffered a severe knee injury and couldn’t continue his game. On October 11, 2016, he was released by Browns for an injury settlement.