Charli Collier is a well-known American basketball player. She played in the NCAA Division I League for the Texas Longhorns Women's basketball team for three seasons. Dallas Wings selected her in Round 1 of the 2021 WNBA Draft. Charli plays as a Center/Power Forward in the team.

Charli Collier was born on September 22, 1999, in Mont Belvieu, Texas. She is among the two children born to Ponda Collier and her late husband, Elliot Collier. Her mother played basketball at Southwestern University, and her father played basketball at Eastern Montana College. Collier has a brother named Casey, who currently plays football for the University of Southern California. She graduated from Barbers Hill High School and then enrolled at the University of Texas. Charli stands six feet and five inches tall and weighs 65 kgs.

Collier committed to playing for the University of Texas and became the only NCAA Division I player with 20.0 points per game and 12.0 rebounds per game. She earned First-Team All-Big 12 Conference accolades in her sophomore year. After finishing her junior year, She listed her name for the 2021 WNBA draft. Dallas Wings drafted her in the Round 1 Overall pick.

Collier has also played for the national team and was a member of the United States U-17 Women's National Team that won a bronze medal at the 2016 World Championships. In 2019, She was part of the inaugural FIBA 3x3 Women’s Series.

Who is Charli Collier's Boyfriend? Know About Her Relationship Status

Charli Collier is dating her longtime boyfriend, Rick Issanz. The love birds have been together for more than two years. They have not shared a word about their first meeting instances. Rick is currently in his junior year at the University of Oklahoma and plays for this University Men's Basketball Team. 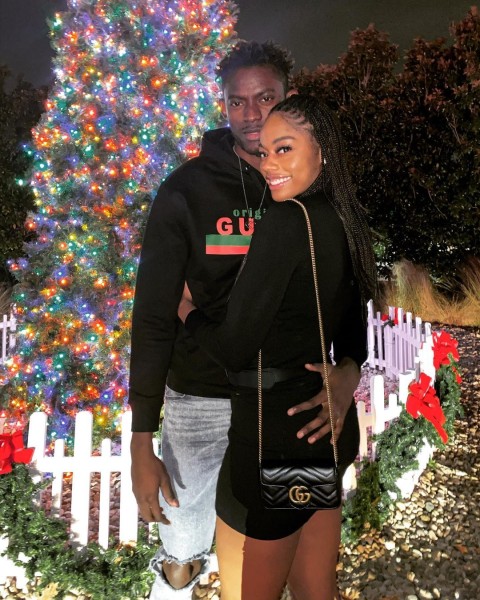 Both of them are very much early in their career and have not thought of getting engaged or married soon. Collier keeps sharing photos of her boyfriend but has not revealed a word about him.

Like other basketball players, Charli also likes to keep her personal life away from the public. She recently got drafted in the 2021 WNBA draft, and per sources, Dallas pays more than $100,000 as salary for their overall First Round pick in the draft. She is very much early in her career and shall be making much more in the future.

A basketball player will have multiple income sources, including salary, endorsement deals, bonus amounts, advertising deals, and a few more. Indiana Fevers picked Kysre Gondrezick in her in the overall 4th round pick.